Dockmate® adds Throttle+ Technology for even more flexibility and control

Dockmate®, manufacturer of advanced wireless remote control systems for yachts, announced today the addition of a powerful new free feature for all Dockmate analogue and CAN bus remote controls – Throttle+.

In an effort to give users the most flexibility and control to operate their vessels in almost any situation or conditions, Throttle+ offers a predetermined additional boost of throttle on every SINGLE+, TWIN+ and TWIST Dockmate remote control. Building on the recent release of Dockmate’s patented SoftDocking feature, every Dockmate can now have three levels of engine control. 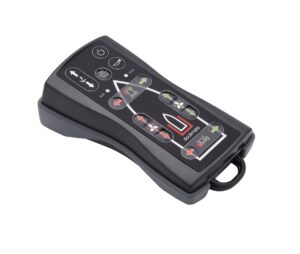 On a TWIST (joystick) remote there is no need to press the SEL button to use Throttle+. Instead Dockmate uses the proportional nature of the TWIST joystick, allowing users to tap the joystick for SoftDocking, a full push of the joystick in any direction forward, reverse or diagonal, for idle speed or by pushing the joystick further over the Throttle+ threshold to engage the additional thrust.

SoftDocking and Throttle+ are pre-loaded on all new Dockmate controls and are configured during installation.

“We know that our users encounter a variety of conditions in the course of their cruises including changing currents and wind,” said Dirk Illegems, president, Dockmate. “Sometimes idle speed is too much and sometimes it’s not enough. Throttle+ allows you to give just an extra push when you need it. We are positive that with SoftDocking and Throttle+, these free new features make Dockmate the most versatile remote control docking system on the market.”

Get Breaking News Alerts and Updates straight to your mailbox!
Stay connected on: