SailGP, the sport’s pinnacle league, to return to Sydney Harbour in Season 2

SYDNEY, Australia – June 17, 2021 – SailGP today announced the Australia Sail Grand Prix as the ninth event in the global championship’s second season calendar. SailGP will return to the iconic Sydney Harbour on December 17 and 18, 2021, following the European stage of Season 2 which takes place in Italy, Great Britain, Denmark, France and Spain. 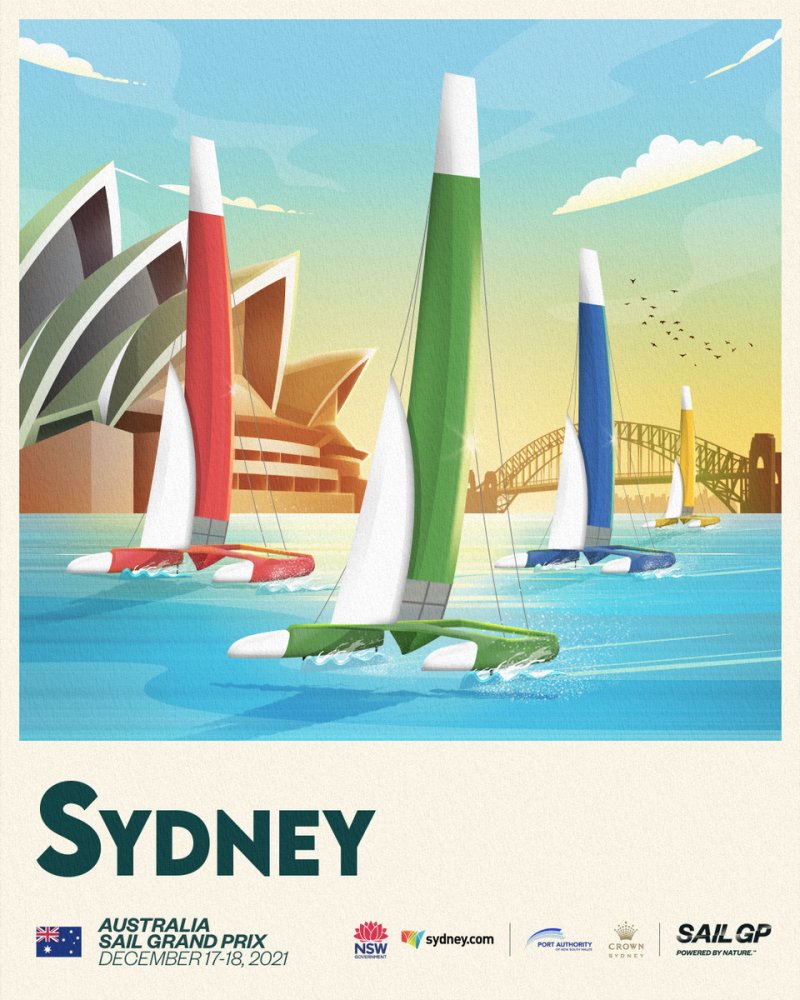 The Australia Sail Grand Prix forms part of the league’s expanded second-season roster that features nine events in iconic harbors around the world. Each of SailGP’s eight teams race in identical 50-foot flying catamarans which produces incredibly close racing. The teams are made up of the sport’s best athletes, including Australian Olympic gold medalist and Season 1 Champion Tom Slingsby. Slingsby will go head-to-head in Sydney against seven national teams from Denmark, France, Great Britain, Japan, New Zealand, Spain and the United States of America.

Slingsby said: “Having eight F50’s lined up and racing on Sydney Harbour is going to be a pretty spectacular sight for fans and with the caliber of sailors we have on these boats this year, we can expect action-packed racing.

We lost to Ben Ainslie’s British team at last year’s Sydney event so we are focused on getting revenge and winning the event for Australia in front of a home crowd.”

More than 25,000 people representing 22 nations turned out to watch Slingsby and the Australia SailGP Team compete at their home event on Sydney Harbour in February 2020, which was the only event that took place before the 2020 season was postponed, due to the COVID-19 pandemic. Overall, the stand alone event reached 39 million people worldwide. A total of $29 million was spent in relation to the 2020 Sydney event with a total economic impact of $26.6 million.

The NSW Government, through Destination New South Wales, will join as the Official Host Venue Partner of the Australia Sail Grand Prix I Sydney, in Season 2. Together, SailGP and the NSW Government, will showcase Sydney as a world-class destination for leisure and business travel, with a focus on driving domestic visitor growth and expenditure.

“Furthermore, the event enhances our city’s reputation as Australia’s premier sporting destination, once again showcasing Sydney on a global stage to prospective international visitors and sporting fans. In 2019, the inaugural SailGP season attracted a worldwide broadcast audience of 257 million across five events, as well as over 133,000 spectators.”

Crown Sydney will serve as Official Hotel and Entertainment Partner for the 2021 event. A defining landmark located in the heart of the harbor, the new premier venue will host SailGP’s VIP Adrenaline Lounge guest program.

A range of fan experiences will be on offer for the event providing Australian fans with a front row seat to witness the most technologically advanced catamarans ripping through Sydney Harbour at breathtaking speeds of up to 100 kilometres per hour (km/h). Away from the racing, Barangaroo – Sydney’s sparkling waterfront precinct – will host the SailGP Village, offering exciting programming for fans. Port Authority of NSW will join the event as an Official Partner, working with SailGP to facilitate team bases, to be hosted in the heart of Sydney Harbour at White Bay.

After Sydney, SailGP will head to New Zealand in January 2022, followed by San Francisco, which will host the Grand Final on March 26-27, where the champion of Season 2 will be determined in a single $1 million winner-takes-all final.

Tickets for fan experiences at the Sydney Sail Grand Prix will go on sale in August. Visit SailGP.com/Sydney for more information.