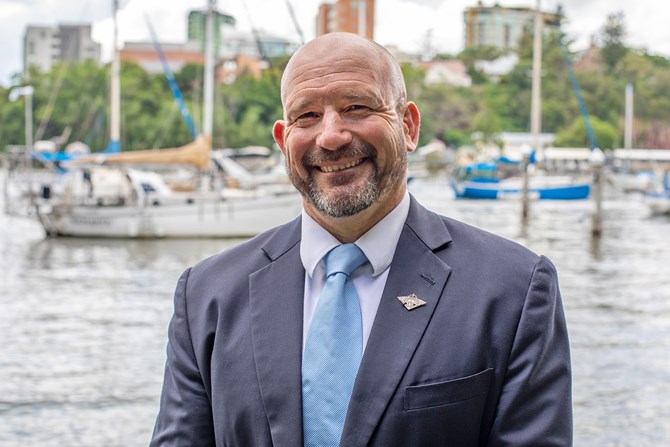 Mr Mitchell will commence his five-year term on 2 September 2021, succeeding Greg Hood, who retired on 30 June. In the interim, ATSB Chief Operating Officer Colin McNamara will continue as the Acting Chief Commissioner.

“As the incoming Chief Commissioner I am excited to bring my 30 years’ of professional experience to help the ATSB continue to evolve as a global leader in transport safety investigation, research and analysis, and influence the implementation of positive safety action,” Mr Mitchell said.

“I have long admired and respected the quality and professionalism of the Bureau’s independent ‘no-blame’ investigation reports, and I am looking forward to helping ensure the ATSB continues as a world-leading best practice safety investigation agency which influences the national and international safety agenda.”

Mr Mitchell joins the ATSB from Maritime Safety Queensland, where as General Manager he oversaw the safe and efficient movement of vessels into and out of Queensland’s 21 ports, and was responsible for compliance activities and safety investigations for Australia’s largest recreational maritime fleet.

Maritime Safety Queensland recently was recognised with an Australian Industry and Shipping Award for its role in managing international shipping throughout the COVID pandemic and supporting the welfare and safety of international seafarers.

Prior to leading Maritime Safety Queensland, Mr Mitchell was the Executive Director of NSW Maritime, where he oversaw Australia’s largest state’s primary maritime regulatory, investigative and compliance agency. He has also served as Deputy Harbour Master – Operations for Sydney Ports, where he was responsible for managing day-to-day port operations for both Sydney Harbour and Port Botany.

Mr Mitchell also proudly served as an officer in the Royal Australian Navy for 14 years, undertaking a number of operational and policy roles.

“We look forward to the extensive experience and expertise Angus will bring to the ATSB, and to our transport safety investigations.”