Australian Sailing, the governing body for the sport of sailing, has thrown its support behind World Sailing’s campaign for sailing to be reinstated at the Paralympic Games in Los Angeles (USA) in 2028.

World Sailing this morning announced a set of strategic priorities to support the growth of the sport by 2023:

Focusing on diversity, inclusion, affordability, development, and increasing the number of open and Para sailing events are all part of World Sailing’s framework to build on the success of Para sailing.

Australian Sailing President Daniel Belcher is also a member of the World Sailing Council and Events Committee, and today he announced Australian Sailing’s unconditional support for the bid.

“Australia is the most successful Paralympic sailing nation, having won four Gold, two Silver and one Bronze across the six Games at which it was contested,” noted Belcher.

“Names like Daniel Fitzgibbon and Liesl Tesch became household names and provided inspiration for the many para sailors around Australia. We could not be stronger in our belief sailing must be reinstated to the Paralympics at the earliest opportunity.”

“We know that other major sports looking for reinstatement are already drawing up their bid plans,” commented David Graham, CEO of World Sailing. “We know that IPC President, Andrew Parsons, has already publicly declared that the IPC will be looking at potential ‘new sports’ following the successful introduction of new, youth-focused sports at Tokyo 2020. We are on track to achieve our strategic priorities by 2023 and we are taking nothing for granted.” 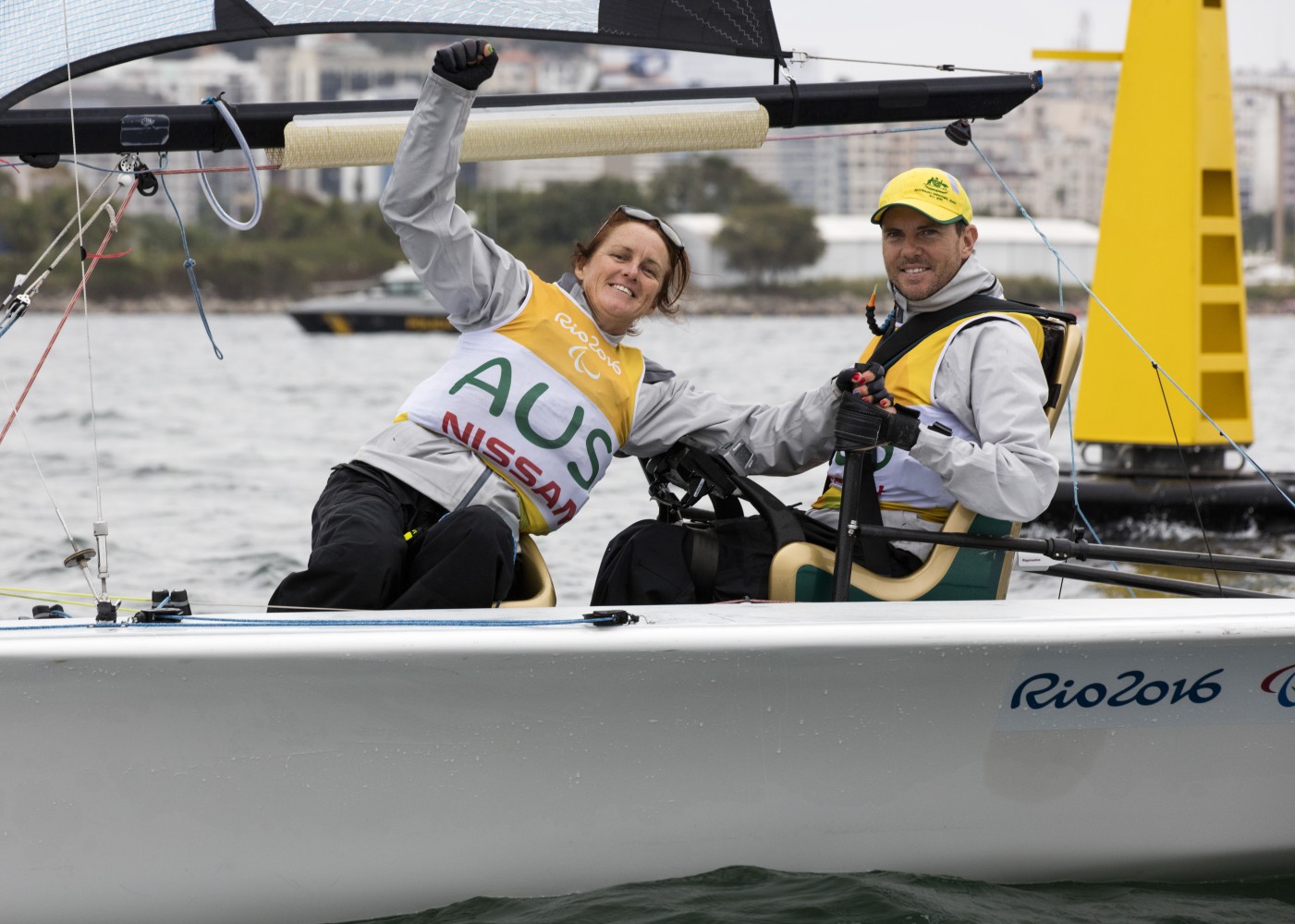 Australia’s Prime Minister Scott Morrison has joined in the chorus, sending a letter to the President of the International Paralympic Committee earlier this year supporting the bid to reinstate sailing to future Paralympic programs.

The growth of Para sailing today is increasing at an unprecedented pace:

“Over the past five years, the number of nations with Para sailors participating in international Para sailing competitions has increased by 30%,” said Graham. “Our international Para sailing athletes are some of the most accomplished sailors in the world who are inspiring the next generation.” At the recent Hansa World Championships (2-9 October) 181 Para sailors representing 23 nations from 6 continents including Asia and Africa, took part.

World Sailing believes it is important to broaden the range of physical, sensory and intellectual disability types that participate in sailing. Recognising and embracing disabilities outside the Paralympic sphere is not only important to growth and participation worldwide but also inclusion into mainstream sailing. “World Sailing and our global sailing community does not make the distinction between athletes who are able-bodied and those who are not – we all compete together, with the same rules. What really matters is personal skill,” commented Spanish Para sailor Gabriel Barroso de María. “Sailing’s inclusiveness really stands out as a powerful lesson for our entire society: equality is possible on the water, and should be everywhere else.

“In a landscape of Para sports that feel more and more exclusive to me, and many others, with quadriplegia and minimal finger dexterity sailing is different – I can start any race and be competitive.”

As the popularity of the sport continues to build around the globe, World Sailing is looking for reinstatement of Para sailing at the Paralympic Games after its bid for Paris 2024 reinstatement failed.

The International Paralympic Committee (IPC) has yet to confirm the bid process for LA28, however World Sailing is proactively launching its campaign to galvanise support and build on the growth of Para sailing: “It is a critical task of World Sailing to reinstate Para sailing in the Paralympics,” stated Quanhai Li, President of World Sailing. “We must pro-actively coordinate with the International Paralympic Committee to further understand the entry standards and requirements, and I am in direct contact with the IPC President on this matter as we continue our work towards reinstatement at the Los Angeles Games in 2028.”

The 2028 Summer Paralympic Games, known as LA28, will be the first held in the United States since 1996 when Para sailing made its debut at the Atlanta 1996 Paralympic Games as a demonstration sport. Para sailing was a successful Paralympic sport for five consecutive Games from Sydney 2000 to Rio 2016.

Australian Daniel Fitzgibbon OAM is the most decorated Paralympic sailor of all time, having won two Gold (London 2012 and Rio 2016 with Leisl Tesch AM) and one Silver (Beijing 2008 with Rachel Cox) in the SKUD 18 class.

“After competing in 3 Paralympic Games, what really is special about Sailing is how absolutely inclusive it is as a sport,” Fitzgibbon said. “People with many varying disabilities compete together on a very even playing field where results will come from knowledge, experience, preparation and intelligence rather than just being the most physically able athlete.

“In fact, I was the most disabled athlete in the fleet, a C5 Quadriplegic, at both London and Rio where we won back-to-back gold medals. No other Paralympic sport can boast to be more inclusive than Sailing.”

In 2015, it was announced that Para sailing was being dropped from Tokyo 2020, along with seven-a-side football, in favor of badminton and taekwondo. A total of 22 sports were contested at the Paralympics in Tokyo.

World Sailing submitted a strong reinstatement bid for Paris 2024, but this was rejected. The IPC made the decision that the Paris 2024 program would remain unchanged from Tokyo with 22 sporting disciplines.

World Sailing is now further strengthening its commitment to seeing Para sailing reinstated to not only meet but exceed the criteria set by the IPC.

No one likes the rules