Triple Olympic medallist Mat Belcher is used to being at the top of his game and, in the wake of his Gold medal at Tokyo 2020, has just been appointed to join the Zhik Board of Directors.

The move comes following his win in the 470 Class with Will Ryan, which will go down in history as the last ever men’s doubled-handed sailing event for the Class, before it comes a mixed event. 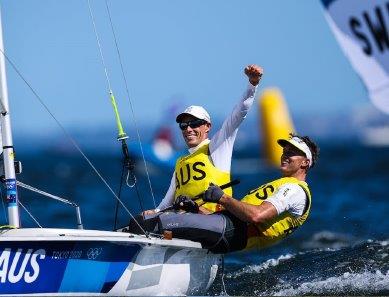 Mat has been involved with Zhik from its early days, both as part of the Australian Sailing team and as a member of the Zhik Team. This long association with Zhik was instrumental in Mat’s winning Gold at London 2012 with Malcom Page, Silver in Rio with Will Ryan and Gold in Tokyo this year. In addition to becoming 470 World Champion eight times, Mat was also named Rolex World Sailor of the Year in 2013 and has been a finalist for the award on five separate occasions. Mat was honoured by

leading the Australian Olympic Team and carrying the national flag at the Tokyo Olympic closing ceremony.

For Mat the decision to become more closely involved with Zhik is a natural step. He has been a keen advocate and supporter from Zhik’s earliest days and from the beginning of his own sailing journey.

“I still remember getting the first prototype wetsuit from Brian Conolly (Zhik’s founder) back in 2004,” says Mat. “Since then, it’s been inspiring to watch Zhik’s business grow with their focus on high performance design and innovative gear to help us win. I feel I can bring new dimensions to the Board having extensively used Zhik’s gear at such an intense level, it gives me a good insight into what sailors need. And I think there are many parallels between running a successful World class sporting campaign, which involves a big team effort and getting results in business.”

Alex Zaininger, Chairman of Zhik adds “We are both excited and humbled to welcome Mat to our board and to our company. His tenacious desire to win and his deep experience in building high-performance teams will inspire and energise every member of the Zhik family. His insights into the further evolution of competitive sailing as well as other exciting water sports will help us innovate and grow far into the future. I am confident that his winning spirit will enable us to maintain our global leadership in this industry.”

CEO Piet Poelmann is equally enthusiastic. “It’s an immense privilege for Zhik to have Mat on the Board, especially so soon after his outstanding achievements this year. It’s a fantastic opportunity for our team, and I hope it’s the same for Mat’s journey with us.”

Together with his wife Friederike and his three children, Mat resides in Queensland’s Gold Coast. Whilst his varied business interests keep him busy, he continues to enjoy sailing, yachting and other water sports.

Victorian Government calling for people to have their say