The HMAS Sobraon was purpose-built for the England to Australia migration route and originally launched in 1866. She operated for all emigrant passages except for the maiden voyage. She was a sleek, three-masted ship, intended to be the fastest travelling its route and, with only first and second-class passengers, to cater for a select clientele. For 24 years the Sobraon plied the waters at a rapid pace, completing the voyage in approximately three months.

After one voyage, on its arrival in Sydney in 1869, there was a newspaper report which was, to say the least, glowing.

“The splendid clipper “Sobraon”, the largest merchant ship trading to this colony, has again arrived safely in port after an excellent passage of 78 days 20 hours. She brings a very large cargo and full complement of passengers, whose praises not only of the admirable qualities of the vessel but also of the unremitted attention bestowed on them by Captain Elmslie, have been acknowledged in a tangible form that must prove highly gratifying to the recipient.

The passage has been a success in every respect, partaking more of the character of a holiday trip than a lengthy voyage of 14,000 miles. The good ship has arrived in beautiful order, and although some heavy weather has been experienced, no accident has occurred to mar the pleasure of the passage. Mirth and good humour appear to have been the order of the day, and Captain Elmslie and his officers must feel a large amount of satisfaction from the result of their endeavours to while away the tedious hours with such perfect success”

On-board entertainment was a feature of this and every voyage; newspaper reports tell of balls given by the captain at various ports, which bolstered the ship’s reputation.

Some 16 years later the ship was refitted to keep up with the newer, grander and faster ships available – especially steamships. Still, under the command of Lieutenant James Elmslie, the hospitality of its captain and comfort of the ship were still its drawcard.

A not so grand future

The Sobraon’s refit had not ensured its survival. In 1890 she was sold to the NSW State Government for use as a reformatory, or Nautical School Ship, for underprivileged boys found by the courts to be destitute or for other reasons requiring a “disciplined environment”. 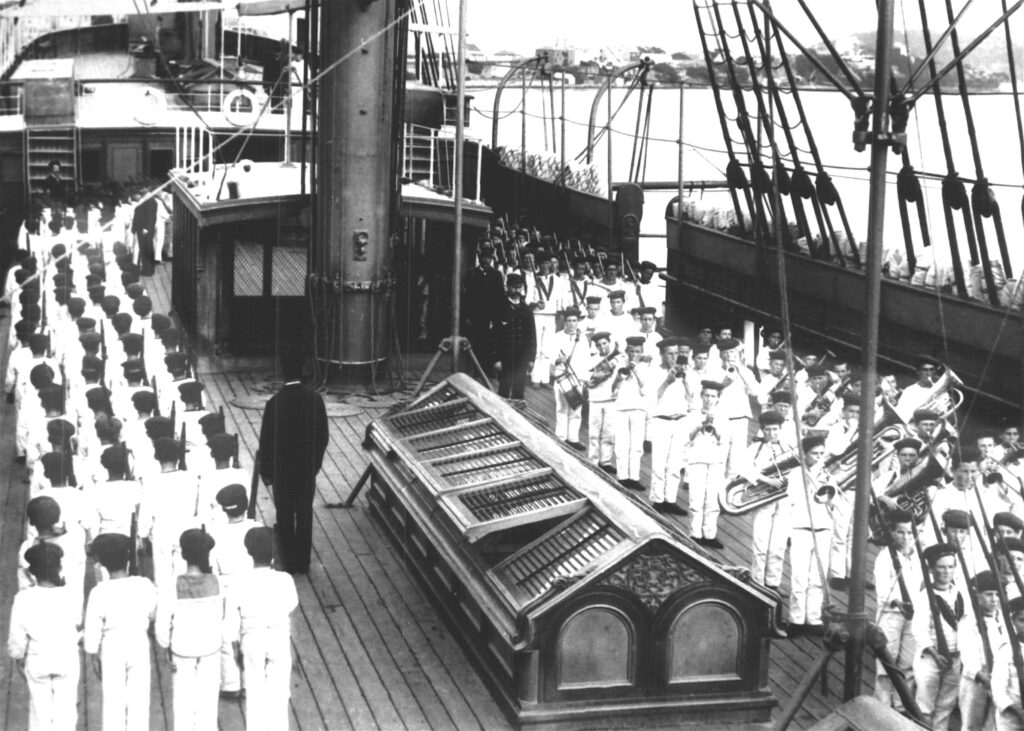 She replaced the Nautical School Ship Vernon as a reformatory in 1892. It was three times the size of the Vernon and housed more than 200 boys at a time. Moored off Cockatoo Island, over 4,000 boys were hosted and trained in trade or maritime skills across a 20-year period.

After the Neglected Children’s and Juvenile Offenders’ Act of 1905 introduced probation, numbers declined on the Sobraon. Boys were discharged to parents or guardians, apprenticed out or sent to the Mittagong Farm Home for

Boys or the Brush Farm Reformatory. In 1911 the Sobraon was abandoned.

In 1911 it was bought by the Australian Commonwealth Government, renamed HMAS Tingira and became the first naval training ship in the fledgling Royal Australian Navy. In 1927 Tingira was paid off and laid to rest in Berry’s Bay. She was broken up in 1942. 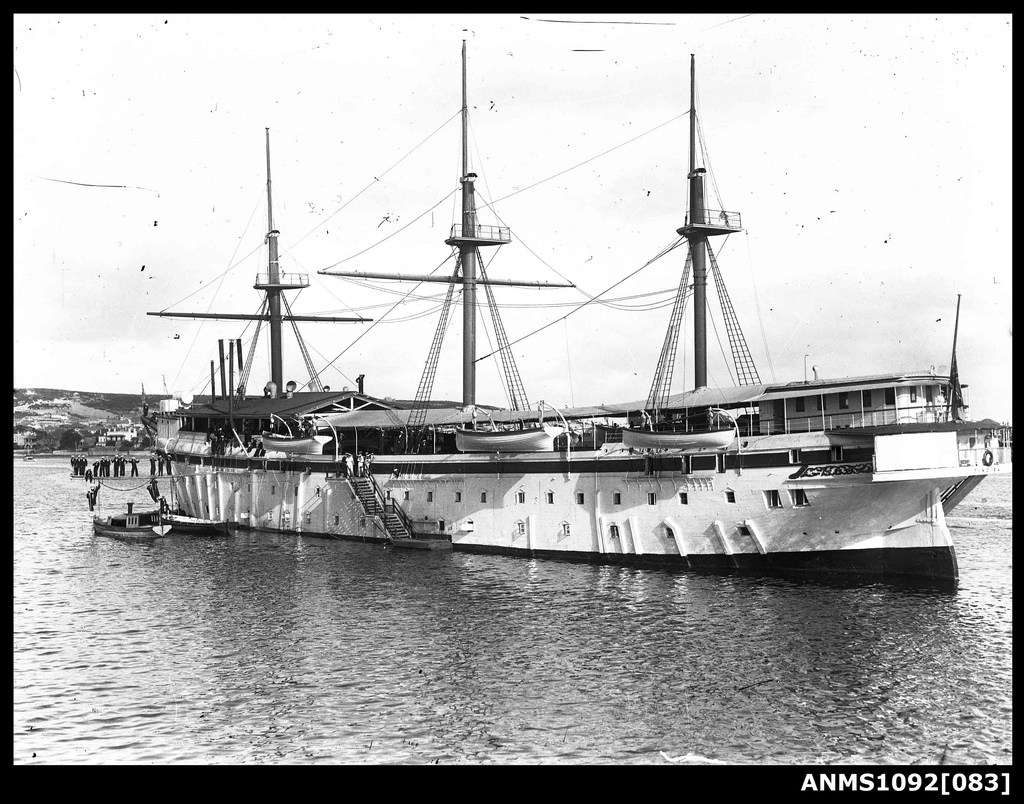 The ship’s end was given a melancholy poetic send-off by a journalist for The Newcastle Sun:

“With the searing flame of an acetylene torch for a pencil, and a drab shipbreaker’s yard as parchment, Fate has written the last chapter in the chequered career of the Sobraon, one of the last of the famous clippers built for the Australian trade”.

Most “perfect ship” may now be munitions. The Newcastle Sun, 24 January 1941

The Entrance books for the Nautical School ships Vernon and Sobraon, held by the NSW State Archives, provide a remarkable insight into the lives of the wayward and neglected youths taken into the Industrial School system of the late 19th Century.

Some records are patchy and incomplete, but some papers survive which seem to confirm that others might ‘turn out well’. One such lad, after a period of training and instruction, appears to have been apprenticed at some time during 1898 to a farmer living near Parkes.

Another lad was convicted for delinquent behavior in 1900 when he was 13 years old. The warrant states: “He is habitually wandering about the streets in no ostensible lawful occupation”. The record goes on to say his character is “Bad” and that he has previously been before the magistrate and given a reprimand. It seems he was not attending school, engaging in antisocial activities with questionable company at all hours of the day and night. It sounds like he was a hard case but after further reading almost all the boys had the identical description.

It seems to have been a particular wording used by police to encourage a magistrate to remove a troublesome boy from the streets.

Published courtesy of the City of Canada Bay Heritage Society