Officially Australia’s most successful Olympic sailor, Mathew ‘Mat’ Belcher has been welcomed into Maritimo Racing’s sailing program, with his involvement already proving to be successful. 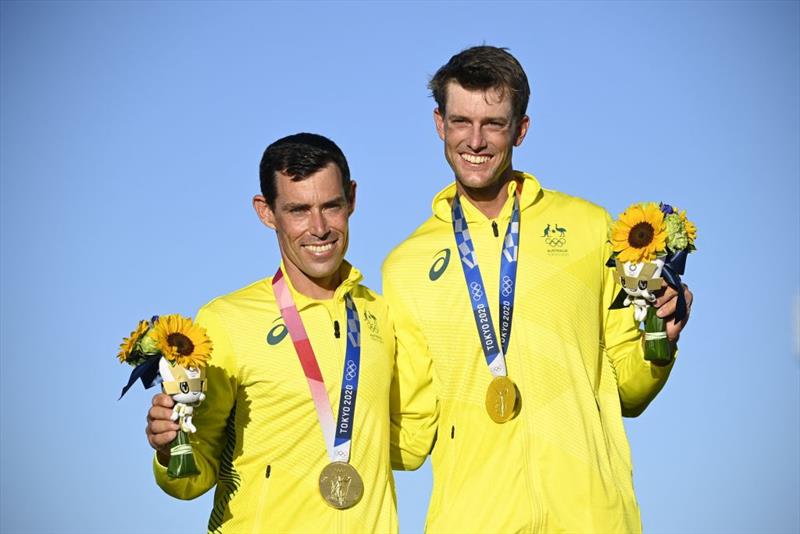 Mat has been a dominant force in the Olympic 470 Dinghy Class over the last three Olympic Games. The unassuming Gold Coaster, aged 39, won his first Olympic gold medal in 2012 in London with Malcolm Page.

He then took home a silver medal at Rio in 2016 with new sailing partner Will Ryan, with the successful duo following up with a gold medal at the Tokyo Games earlier this year.

Mat successfully steered Maritimo’s 54-foot racing yacht to win Division One of the Queensland Yachting Championships, hosted by the Royal Queensland Yacht Squadron, on Moreton Bay over the weekend.

Mat’s involvement with Maritimo Racing was his first regatta racing big boats, with the results showing he has made a seamless transition from his 470 Dinghy Class.

The five-race regatta saw Maritimo 11 off to a slow start with a sixth and an 18th place in a day that saw the smaller boats in the 21 strong fleet dominate.

Team leader Michal Spies said an increase in wind on Sunday saw Maritimo post two firsts and a third in the three races, thus enabling the poor 18th place from the previous day to be discarded from the points tally.

Mat is reviling in the cut and thrust of big boat racing. “It was great to join such a well drilled team as Maritimo and contribute to the continuing good form of this fantastic yacht,” he said.

“The team made me feel most welcome and made it easy for me to get up to speed in this class of racing,” he said.

“I am delighted that Bill Barry-Cotter has given me the opportunity to be involved.”

Spies said Mat’s love of sailing and his Olympics success were valuable additions to the skills set of the Maritimo Racing program.

He said the weekend’s racing also saw 13-yer-old Addison Newland, one of Australia’s up and coming junior sailors, competing in team Maritimo. 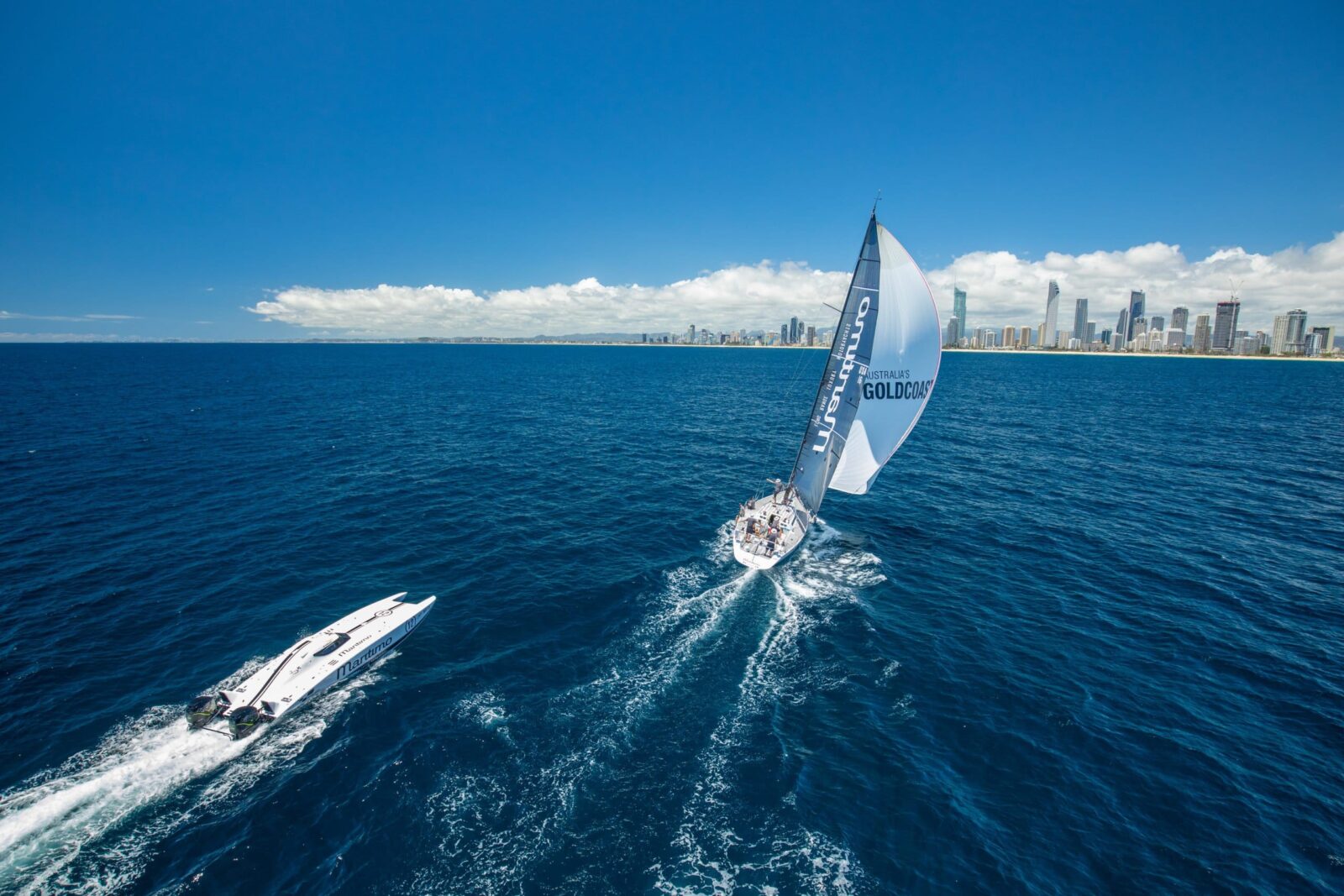 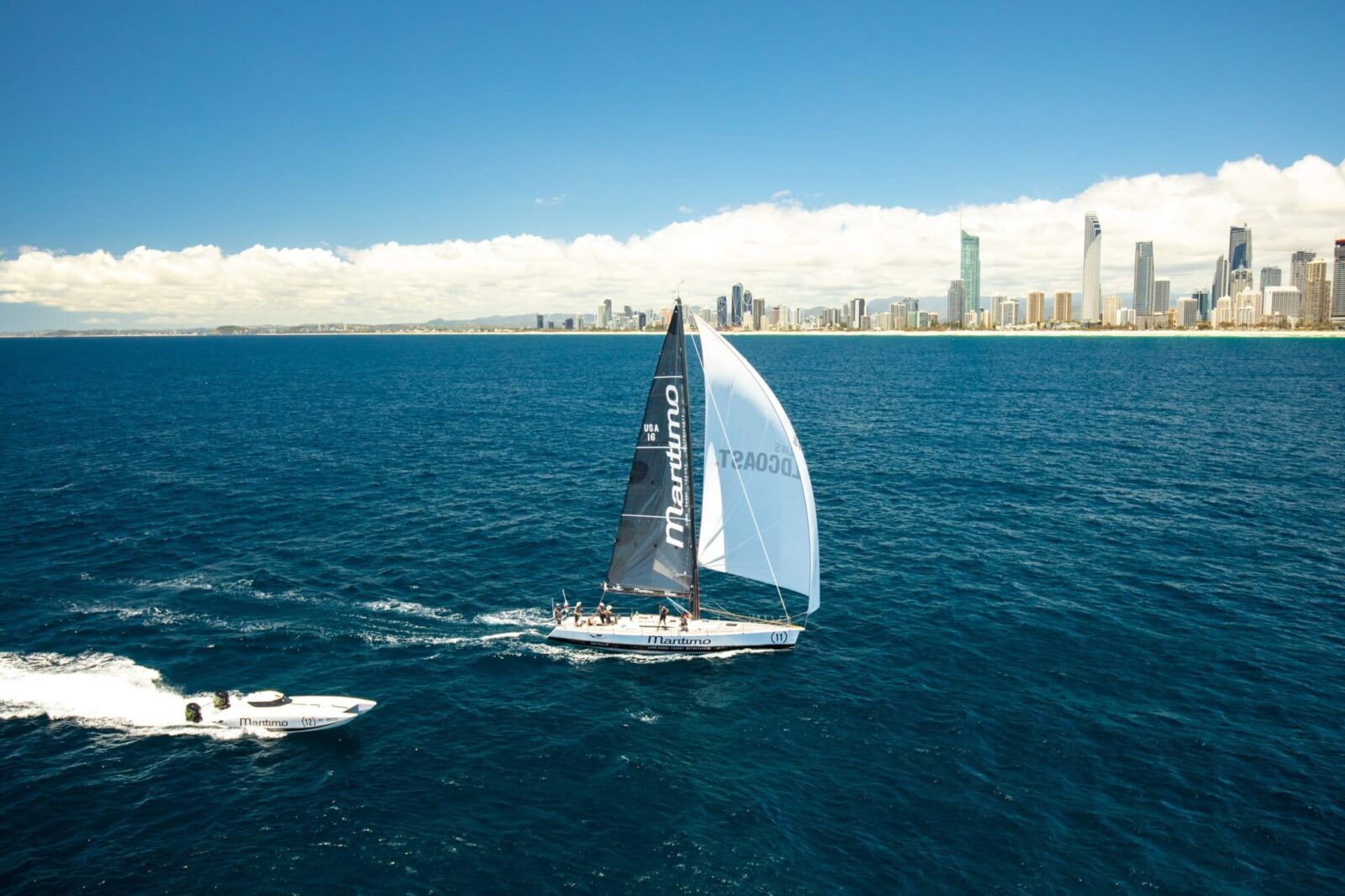 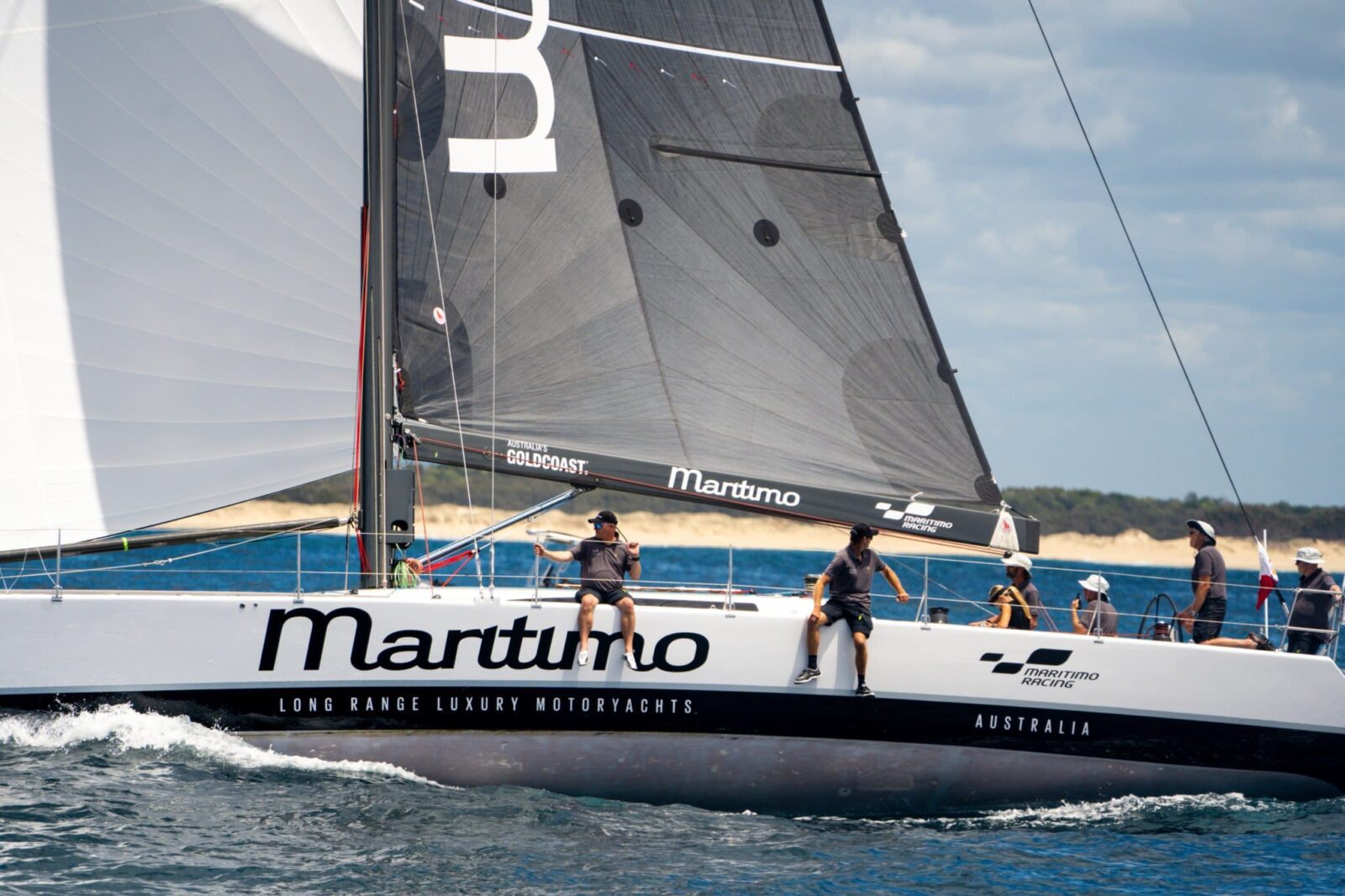 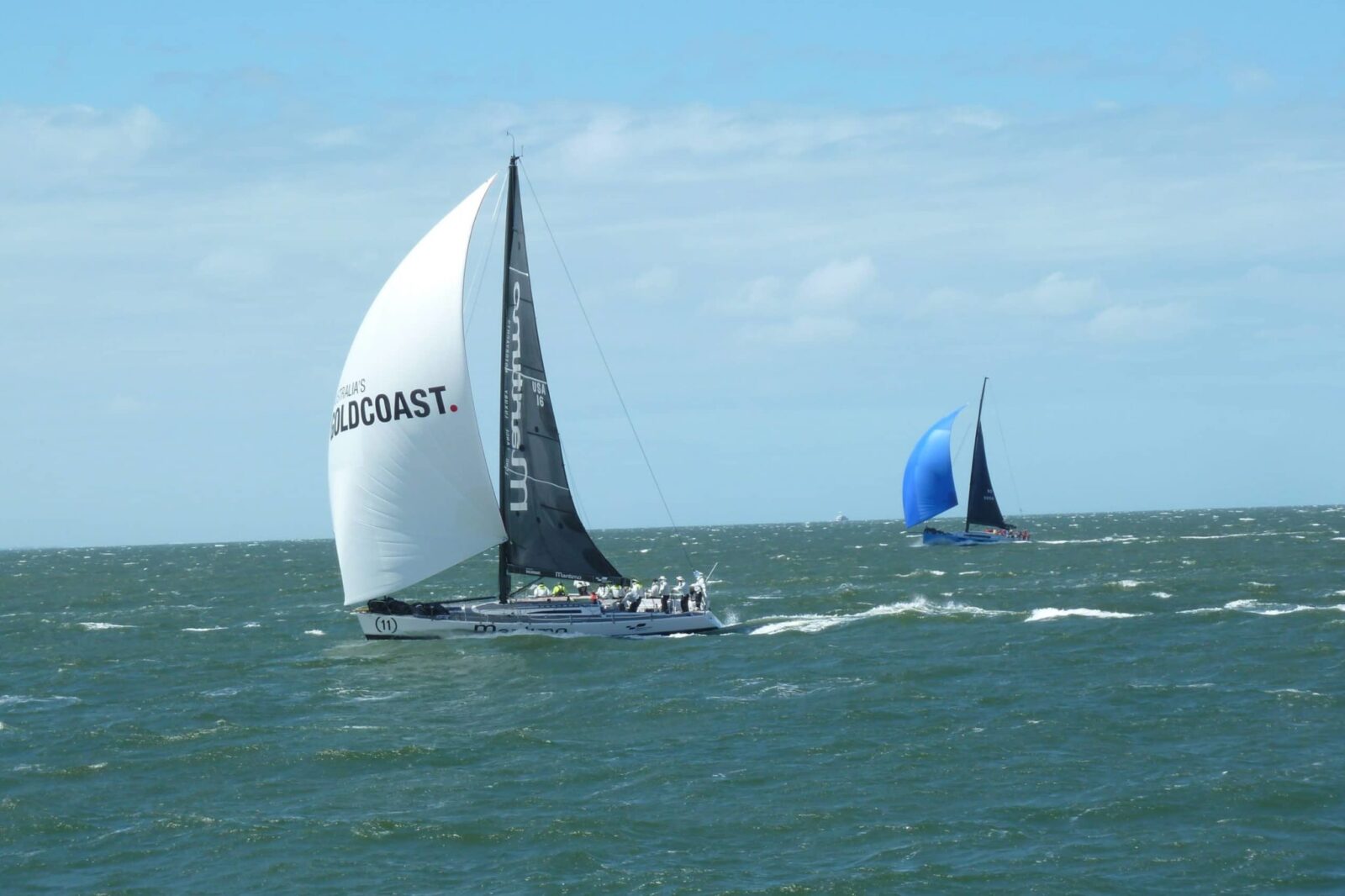 Maritimo have a long and distinguished history in water sports

She has been coached by Mat and has her sights on the 2032 Olympic Games.

Spies said, Maritimo would next compete in the 220 nautical mile Wolf Rock Race starting in Moreton Bay, heading to Wolf Rock near Doble Island Point, and then finishing on the Gold Coast.

This event will be Maritimo’s mandated Qualifying Race for this year’s Rolex Sydney Hobart Yacht race.

He said Mat will again be joining Maritimo in his overnight long race debut in this event, but due to the pending birth of his fourth child he will not be joining the crew in the Rolex Sydney Hobart Yacht Race.

“After the cancellation of last year’s event we are very excited to be preparing for this world class and internationally famous event again and we are confident that Maritimo Racing will do the Gold Coast proud,” he said.