Two Marine Rescue NSW volunteers have received the Service’s highest honour of Life Membership in a ceremony following the Annual General Meeting of the Marine Rescue Board on 20 November. 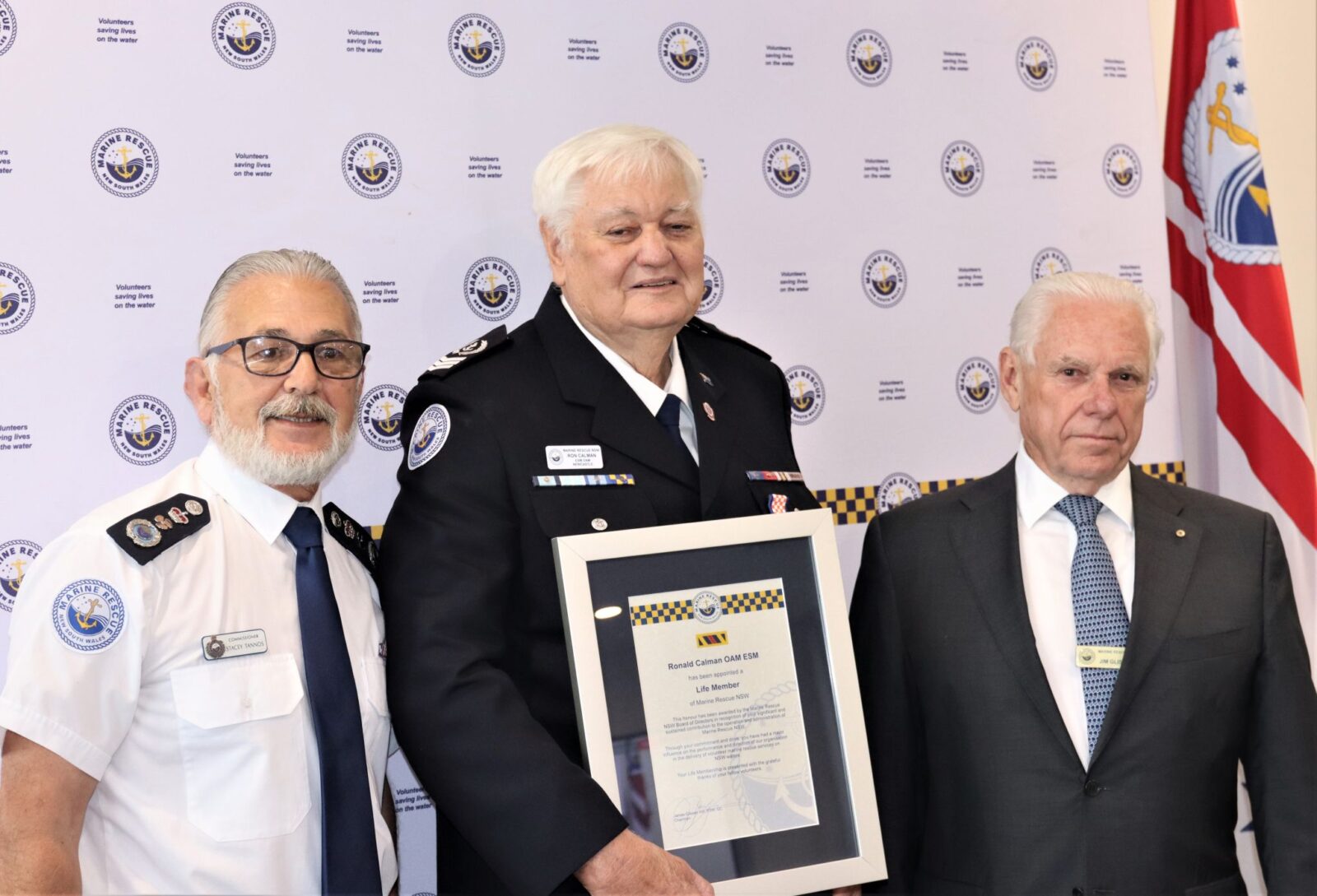 JAMES GLISSAN AM, ESM, QC of the MR Botany Port Hacking Unit, joined the Australian Volunteer Coast Guard Botany Bay flotilla in May 2008 and remains an active member of the unit.

Mr Glissan was pivotal in the establishment and development of Marine Rescue NSW (MRNSW) in 2010. A strong supporter of a unified volunteer marine rescue service in NSW, Mr Glissan was appointed by the State Government to the Facilitation Group established to guide the transition process, with his professional expertise ensuring the new organisation was able to meet its legal requirements and establish a secure legal, governance and financial foundation.

A Foundation Board Member and current Board Chair, Mr Glissan’s leadership and positive collaboration with the MRNSW executive has helped develop the Service into a world-class rescue and emergency organisation.

RON CALMAN OAM, ESM, of the MR Newcastle Unit, has been involved in water safety for nearly fifty years, playing a significant role in setting up the Swansea Australian Volunteer Coastal Group (AVCG), becoming the first flotilla commander of the Royal Volunteer Coastal Patrol (RVCP) in the mid 70’s, and remaining there through its amalgamation into Marine Rescue NSW.

In 2012, Mr Calman was asked to transfer to Marine Rescue Newcastle where he assumed responsibility for all governance, management and overview of administration.
As a member of MRNSW, Mr Calman has been instrumental in training and assessing across all boat related competency levels in Newcastle, Lake Macquarie and further afield, and has played a significant role in promoting boating safety in the community.

Mr Calman continues to be available to be called in at a moments’ notice, and has notched up thousands of hours of marine rescues in all kinds of weather, conditions and situations.