Undoubtedly one of the world largest Boat Shows, boot Düsseldorf has been cancelled only weeks prior to opening through a Government directive for all Expos.

No large public fairs possible in January - North Rhine-Westphalian Ministry of Health
To contain the omicron variant, do without public fairs such as boot - Lord Mayor Keller 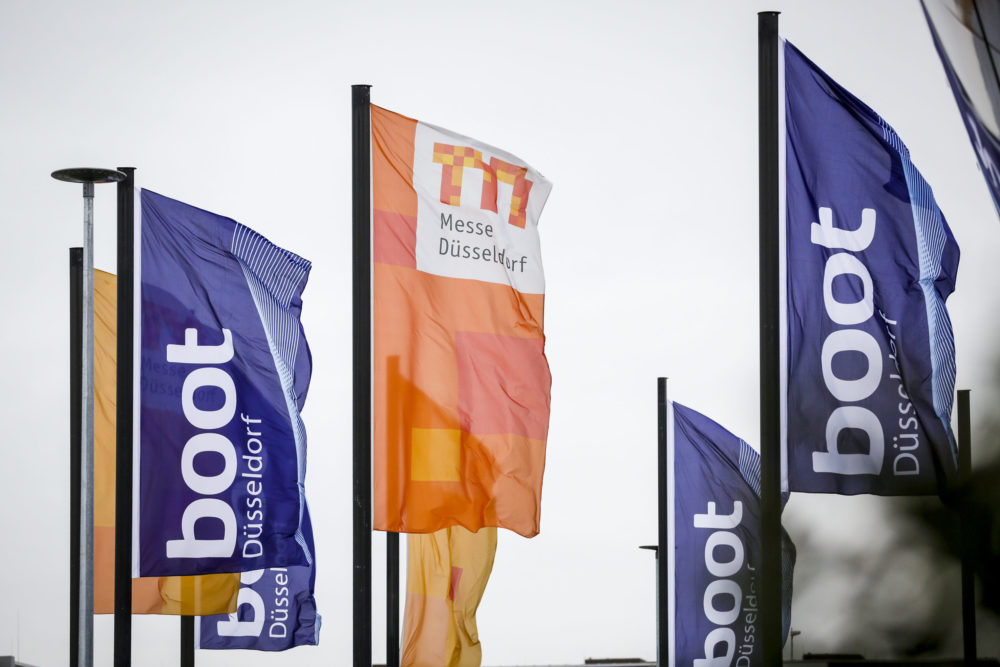 Due to the spread of the omicron virus variant, further restrictions have been in place in Germany since 28 December, including on events. Following the meeting of the Minister Presidents of the federal states on the pandemic situation on 21 December 2021, North Rhine-Westphalia (NRW) banned the holding of large events with spectators in January. This also affects boot Düsseldorf, which as a supra-regional leisure fair may not take place in 2022 due to the measures decided by the state government.

NRW Health Minister Karl-Josef Laumann explains: “We have to continue to be very careful at the moment. The omicron variant is spreading in a dynamic we don’t yet know. But we have to act today. That is why we had already banned large football matches and sporting events with spectators in the current Covid Protection Ordinance. It is only logical that no large public fairs with many visitors from different regions and countries from all over the world take place in January either.”

Düsseldorf’s Lord Mayor, Dr Stephan Keller, also supports the state’s decision: “Of course we had hoped that the pandemic situation in January would allow the boot to be held under strict hygiene conditions. But in the end, it is only consistent to do without large public fairs such as boot in order to contain the spread of the omicron variant. Even before the country’s ban, I agreed with the management of Messe Düsseldorf not to take an unjustifiable risk and to cancel boot if necessary.”

From the trade fair side, there is also complete understanding for the decision of the politicians in view of the current pandemic situation and the challenges in the coming weeks.

Wolfram N. Diener, CEO of Messe Düsseldorf: “The pandemic must be overcome as quickly as possible so that the trade fair industry can once again work with planning security for exhibitors and visitors. It is therefore with a heavy heart that we have to say goodbye to holding boot in January 2022. However, the decision of the state government is also in line with the wishes of many exhibitors who are very worried about participating in boot during the omicron wave. I ask all those involved for their understanding and support so that we can get back to work together in full force in 2023. The heartfelt thanks of the entire boot Düsseldorf team go to all exhibitors, associations and partners who have stood by our side to date. I am sure that together we will head for a successful boot 2023, after hopefully surviving the crisis.”

The other fairs planned for spring 2022 in Düsseldorf are not affected by this decision. Unlike boot, these are trade fairs attended exclusively by people for professional reasons. Messe Düsseldorf considers each event individually and, in addition to the infection, the travel and the legal situation, also takes into account the specific requirements of the respective trade fairs and their sectors.

The next boot Düsseldorf will open its doors again from 21 to 29 January 2023.

Changes to boost safety on the Swan Canning Riverpark