“Gigs by Festival of Sails” … bringing the party back to town!

The Royal Geelong Yacht Club’s 2022 event will be held from Saturday, January 22 to Wednesday, January 26, after a two-year, COVID-19 impacted hiatus.

According to Festival of Sails Chair Roger Bennett, while the Festival’s sailing program will return to its pre-pandemic style, ongoing COVID restrictions this year have meant the organisers couldn’t deliver the traditional Waterfront Festival, which normally attracts thousands of people to Geelong’s waterfront.

“That was a difficult decision to have to make, but realistically we had no choice,” he said. 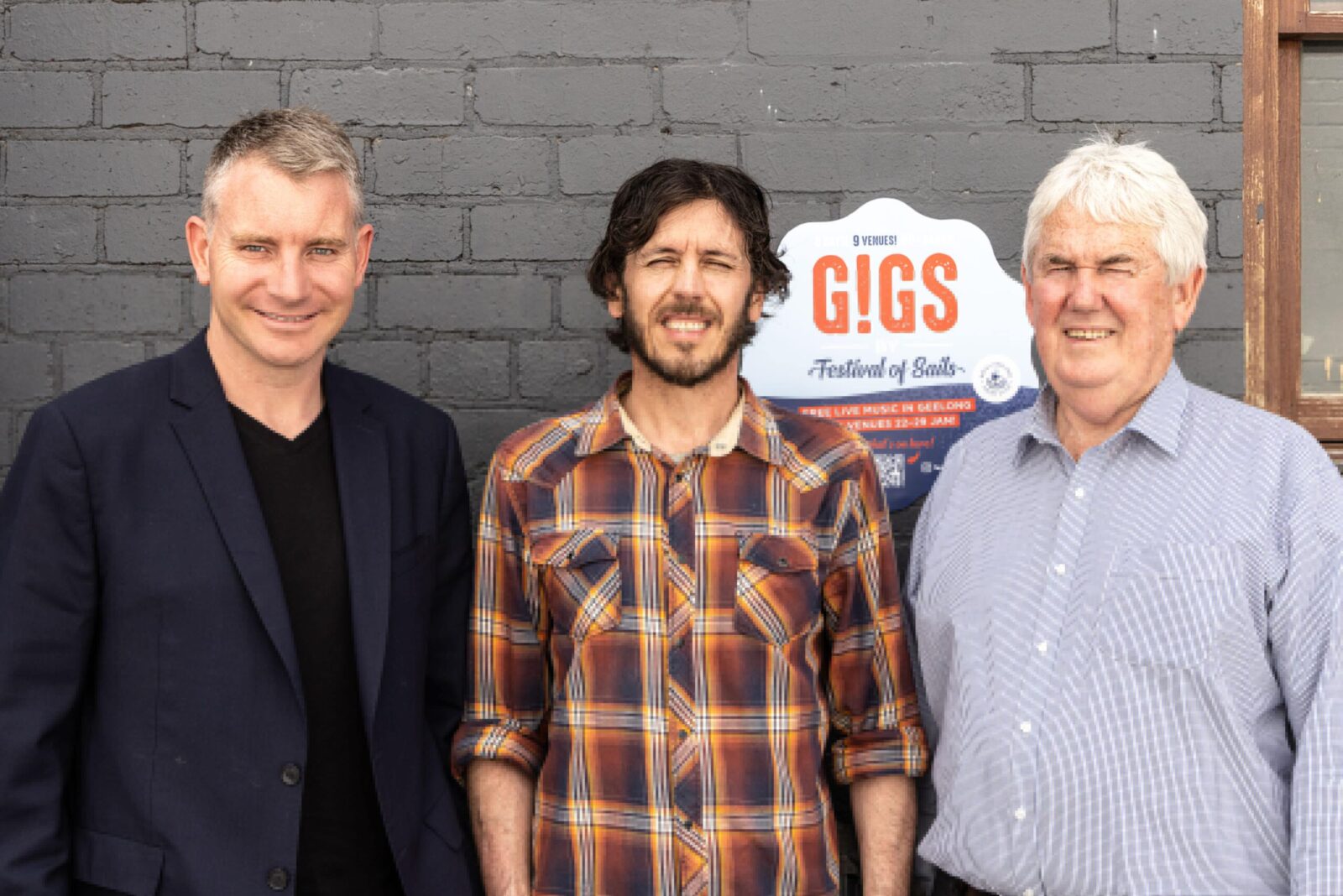 “However, for 2022 we’ve developed a really exciting alternative entertainment program which we hope locals and visitors to Geelong will embrace, which is our ‘Gigs by Festival of Sails’ program bringing live music and local talent to local businesses and venues across the CBD,” he said.

“COVID-19 has forced us to innovate, and we think this revised program will really help drive the recovery of our live music, hospitality and events industry, giving a much-needed boost for Geelong businesses and artists. Of course, we’re looking forward to getting back to our traditional Waterfront Festival, hopefully for the following year in January 2023.”

With headline acts such as The Chantoozies, the Bad Loves, Michael Stangel and Yacht Rock Review, a total of more than 40 bands will perform across nine venues, including the Regatta Village at the Royal Geelong Yacht Club over the five days of the Festival.

“We’re committed to doing whatever we can to support Geelong’s local businesses and venues that have had a tough time during the pandemic,” said Roger Bennett.

“Our ‘Gigs by FoS’ program will generate potential patronage across those venues where up to 5400 customers, locals and visitors will be enjoying the free entertainment but no doubt investing in food and drink while they party, which will generate work and income for business owners and their local staff.”

“We think that’s a great initiative which will hopefully be a popular alternative to the traditional waterfront festival we’ve been forced to park for 2022.”

The 2022 Festival of Sails is proudly supported by Visit Victoria, the City of Greater Geelong and Geelong Connected Communities.

“Gigs by Festival of Sails is a great example of how Victoria’s events are innovating and reimagining themselves as we embark on an exciting program of major events for the state in 2022,” said Visit Victoria CEO Brendan McClements.

“Events such as these play a pivotal role in Victoria’s tourism economy and it’s fantastic to see them back and ready to spark a new wave of vibrant activity in the Geelong region.”

Greater Geelong Mayor Stephanie Asher said the drive to encourage more people back into CBD venues and support local businesses was a positive one.
“We’re delighted to see Festival organisers continuing to offer an entertainment program that our local community and visitors can enjoy and supporting local businesses at the same time is a great initiative,” Mayor Asher said.

Geelong Connected Communities Chair Roger Grant said, “We’re especially delighted to be supporting local bands and performers to get back out there and do what they do best, particularly after the last couple of tough years our local entertainment industry has been through!”

BIA opens nominations for the 2022 Apprentice of the Year Awards

Australia in the spotlight at the 2021 Monaco Yacht Show