Rough seas have wreaked further havoc in the Sydney to Hobart race, reducing the fleet by more than a third, as the supermaxis fight it out across Bass Strait. 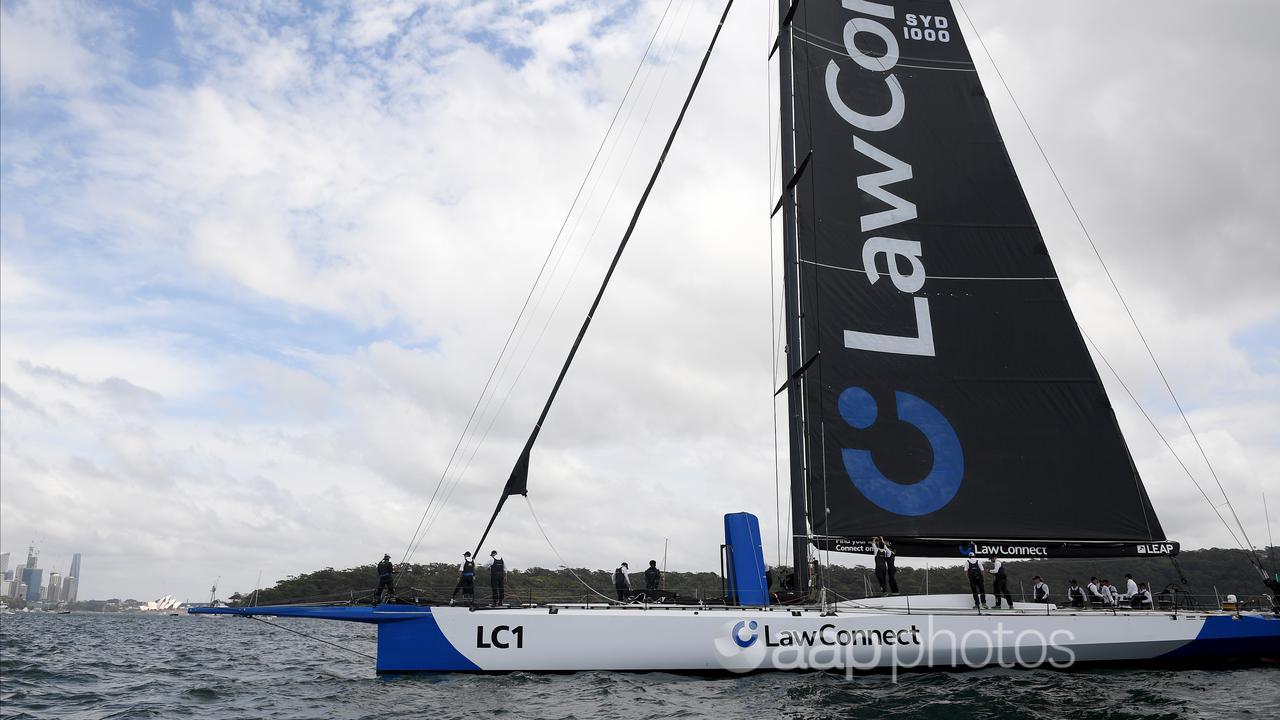 LawConnect held a narrow advantage in the Sydney to Hobart race as the leaders enter Bass Strait. Image by Dan Himbrechts/AAP PHOTOS

LawConnect had a narrow advantage at 7.30pm (AEDT) on Monday ahead of Black Jack and SHK Scallywag, with smaller 80-footer Stefan Racing in fourth spot.

More than a dozen yachts were forced to retire on Monday with a range of problems, taking the overall casualty list to 35 of the 88-strong starting fleet.

Among them was 66-foot Tasmanian yacht and 2018 overall honours winner Alive, which had to head back to Sydney after suffering hull damage and reportedly taking on water.

Sailors returning to the NSW capital said it was heavy seas that caused most problems rather the stiff southerly winds they were pushing into.

“The breeze was 33, 34 knots, which is not that bad,” said No Limit crew member Declan Brennan, whose boat retired after one of their crew suffered a broken arm.

“Its curious, it wasn’t angry conditions it was a just a very short, sharp seaway. The seaway was so inconsistent we were just bouncing around all over the place.

“This is a 63-foot boat. It just didn’t make for a sensible thing to continue on.”

The last time a similar number of yachts retired was in 2015 when 25 from a starting field of 84 failed to finish.

“Every now and again you get a race like this. We’ve got a lot of torn mainsails and some rigging damage that has predominantly taken these boats out,” he said in Hobart.

“It will be known as a good Hobart. Over the recent years, people have had a pretty easy Hobart.”

Cornish said the leading bigger boats were mostly through the bad conditions but the small and medium-sized entrants could expect another 12 hours of the southerlies.

He said signs pointed to a Tuesday afternoon line-honours finish in the River Derwent.

“A couple of guys haven’t been feeling that well … it’s pretty testing conditions, he said.

South Australian John Willoughby, skipper of Enchantress, said he was forced to retire after some spinnaker halyards came loose and knocked a hole in the mainsail.

It was part of a sequence of adverse events triggered by the boat being briefly plunged into darkness by an electrical fault.

“If we had gone on with that mainsail it would have just torn to pieces.,” Willoughby, who has dealt with rudders falling off in previous races, told AAP.

“We haven’t heard anything from any of the crews about COVID-19 test results. I think there’s a good reason, I don’t think anybody is looking at their mobile phone at the moment,” he said.

“As soon as the conditions start to lighten we’ll get a good idea of where people are up to with their COVID exposure.”