NSW yacht Celestial’s bid to have a protest that cost it Sydney to Hobart overall honours re-heard has been rejected by an international jury.

Ichi Ban was on Friday awarded the Tattersall Cup after Celestial copped a 40-minute penalty for breaching race rules relating to radio communications, relegating it to second in the overall standings.

Celestial applied to have the protest hearing reopened on the basis it had new evidence not considered at the original deliberations.

But that was denied by the jury on Saturday. 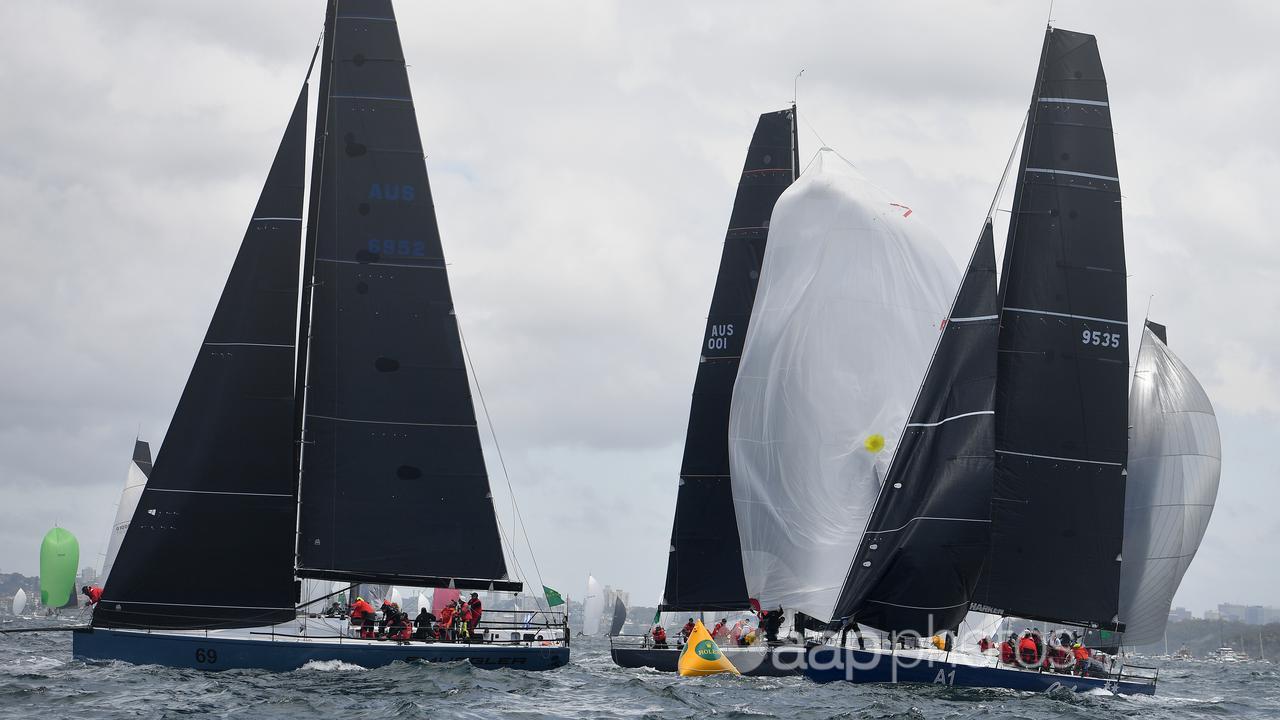 A jury has dismissed a request from Celestial (R) to re-examine protests in the Sydney to Hobart. Image by Dan Himbrechts/AAP PHOTOS

It means Ichi Ban’s back-to-back handicap victory, the first by any yacht in more than 50 years, won’t be threatened.

Celestial skipper Sam Haynes said he was disappointed with the jury’s decision but would “cop it sweet”.

“It was important for the Celestial crew to at least make sure that we had done everything we could to have our on-water result upheld.

“We are aware of many other instances during the race, some of them the race committee are aware of, that have not been scrutinised in the same way we have.

“The person who has won the race has won it in the room rather than on the water.”

The protest against Celestial was lodged by the race committee and Ichi Ban, which was initially mere minutes behind Celestial on corrected time.

After a lengthy hearing on Thursday night, the jury ruled Celestial breached rules which stipulate competitors must keep a continuous watch for radio contact.

It found a personal locator beacon on Celestial was accidentally set off on Monday night in Bass Strait, which prompted the Australian Maritime Safety Authority to alert the race committee.

When the committee was unable to reach Celestial, they asked nearby Ichi Ban to make radio contact.

When there was no response, Ichi Ban set off flares which caught the attention of Celestial.

It was confirmed the beacon had been activated accidentally and AMSA was told to stand down search and rescue aircraft.

“We’d always prefer to win on the water, there’s no doubt about that. But obviously the race committee protested the same protest,” Allen said on Friday.

The fleet’s last boat, Solveig, arrived in Hobart at 8.40am (AEDT) on New Year’s Day after spending more than five days at sea.