In the last few months, several victories have occurred in the war on wrecks. Here are details on two of them.

In November, a 34 metre timber vessel, Commissioner, was removed from mangrove communities in the Girramay National Park, just north of Cardwell.

Commissioner had been blown ashore by Tropical Cyclone Yasi’s winds in 2011 and all attempts to locate its owner to remove it had proved fruitless.

So action needed to be taken.

Given the wreck was located among mangroves within a National Park and a declared Fish Habitat Area, permits under environmental legislation were needed from the Department of Agriculture and Fisheries and the Department of Environment and Science.

This required preparation of environmental management plans to show how the vessel could be removed while keeping environmental disturbance to a minimum.

Marine Safety Queensland applied to both departments for the necessary permits.

Once the permits were granted, a $500,000 contract was implemented to remove Commissioner.

The logistics and equipment needed to remove such a large and heavy vessel from such a delicate environment were considerable but the result was outstanding. 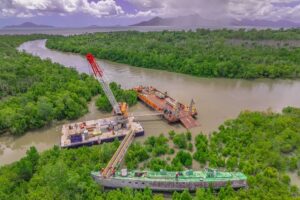 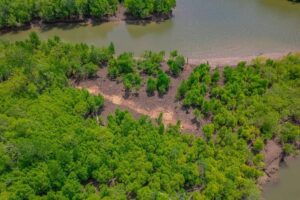 Marine Safety Queensland are now confident there will soon be little or no trace of Commissioner’s ten-year stay.

Meanwhile, another hard-fought victory in the courts further underlined the principle that owners are legally responsible for maintaining and, if necessary, disposing of their vessels.

Lying neglected on a mud slip in Wynnum Creek, Brisbane, the vessel became the subject of complaints to MSQ by local residents in 2019.

Marine Safety Queensland published an abandoned vessel notice, identifying the vessel as derelict and subject to removal. This encouraged its owner to come forward and claim ownership.

The owner was issued with a Direction to remove the vessel, which was releasing pollutants into the environment. He refused to comply, even evading the serving of documents for an Enforcement Order through the District Court.

He also failed to take any action to remedy the ship’s seaworthiness.

Eventually, action was taken to remove Mirianna ourselves and prosecute the owner for failing to comply with the court’s Order.

In October the court ruled in Marine Safety Queensland’s favour when it found the owner had committed an indictable offence. It also ordered him not to operate any ship greater than five metres in length for five years unless given written consent by the General Manager of MSQ.

Owners of derelict vessels may run, but they cannot hide from their responsibilities under the law.