The levy on importing marine and non-road engines has been significantly reduced. This follows a review of the Australian Government’s cost setting standards under the Product Emissions Standards Scheme.

The levy on imported marine engines will reduce by more than a quarter, a huge win for those in the marine industry. 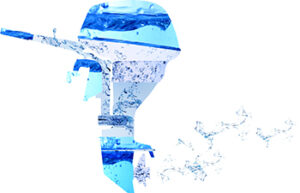 Previously, the levy was charged at 0.45% of the value of an imported product. This will now be reduced to 0.33%, a positive outcome for levy payers and the environment.

This change comes after a review of the government’s Product Emissions Standards in late 2021 showed the Standards are successfully reducing air pollution.

Prior to commencement of the Standards, marine and non-road engines were a significant and growing contributor to air pollution in urban areas across Australia, emitting high levels of particulate matter, hydrocarbons and oxides of nitrogen.

More information about the import levy and reduction of fees is available on the Department of Agriculture, Water and the Environment website.

About the Product Emissions Standards Scheme

The Product Emissions Standards, introduced in 2017, have been successful in reducing air pollutants harmful to human health and the environment in Australia. The rules cover new spark-ignition engines in marine vessels as well as other non-road new spark-ignition engines with a maximum power of 19 kilowatts, or 25.5 horse-power, such as generators, lawn mowers and chainsaws.

By setting emissions standards and stopping high-emitting products from entering Australia, air pollution has been reduced throughout our country. The Standards are expected to deliver $1.7 billion in avoided health costs over 20 years.

The Standards have also contributed to a reduction in greenhouse gas emissions. Carbon dioxide emissions from engines covered by the standards have reduced by at least 5%, assisting Australia in meeting its climate change targets.

The last part of the phased introduction of the standards took effect on 1 July 2021 and with all systems to administer the standards in place, it was time to ensure the cost recovery arrangements for Product Emissions Standards were appropriate for the next period.

The Australian Government, through the Department of Agriculture, Water and the Environment, undertook a review of the cost recovery settings for the Product Emissions Standards in late 2021.
The review found that as initial scheme costs have now been recovered, and import volumes are predicted to remain strong in coming years, the levy rate could be reduced. As a result, reductions in levy charges are being implemented later in 2022.

The cost of administering the standards is recovered from industry via a levy on the import and manufacture of marine and non-road engines. Previously, the levy was charged at 0.45% of the value of an imported product¬ – this has now been reduced to 0.33%. For example, for a $9000 marine engine, this equates to a reduction in the levy from $40.50 to $29.70 per product.

The Cost Recovery Implementation Statement (CRIS) for Product Emissions Standards for
spark-ignition, non-road engines and equipment and propulsion marine engines is a document that provides information on how the Department of Agriculture, Water and the Environment implements cost recovery. It includes changes to the levy fees for the 2021-22 period.

The 2021-22 Cost Recovery Implementation Statement is available on the Department of Agriculture, Water and the Environment website.