What happens when a keen fisher flies into Darwin for work one day?

She falls in love with all that the NT has to offer on the water – and never goes home. While this may not be the case for everyone, it certainly is for competitive angler Jade McGowan.

Having competed in several Barra competitions, Jade has now described the Territory’s love for fishing to be impossible to resist.

“Everyone here really is obsessed with fishing. Once you’re in, you’re hooked,” Jade said. Jade and her partner Mark own a 5.1 TABS Territory Pro that they’ve optioned up to be the ideal vessel for their overnight fishing adventures.

Their modifications included raising the cast deck, increasing the fuel capacity from 180L to 250L, installing a 70L freshwater tank for showering and plenty of electronic additions including a fish finder, a fridge and a stereo. 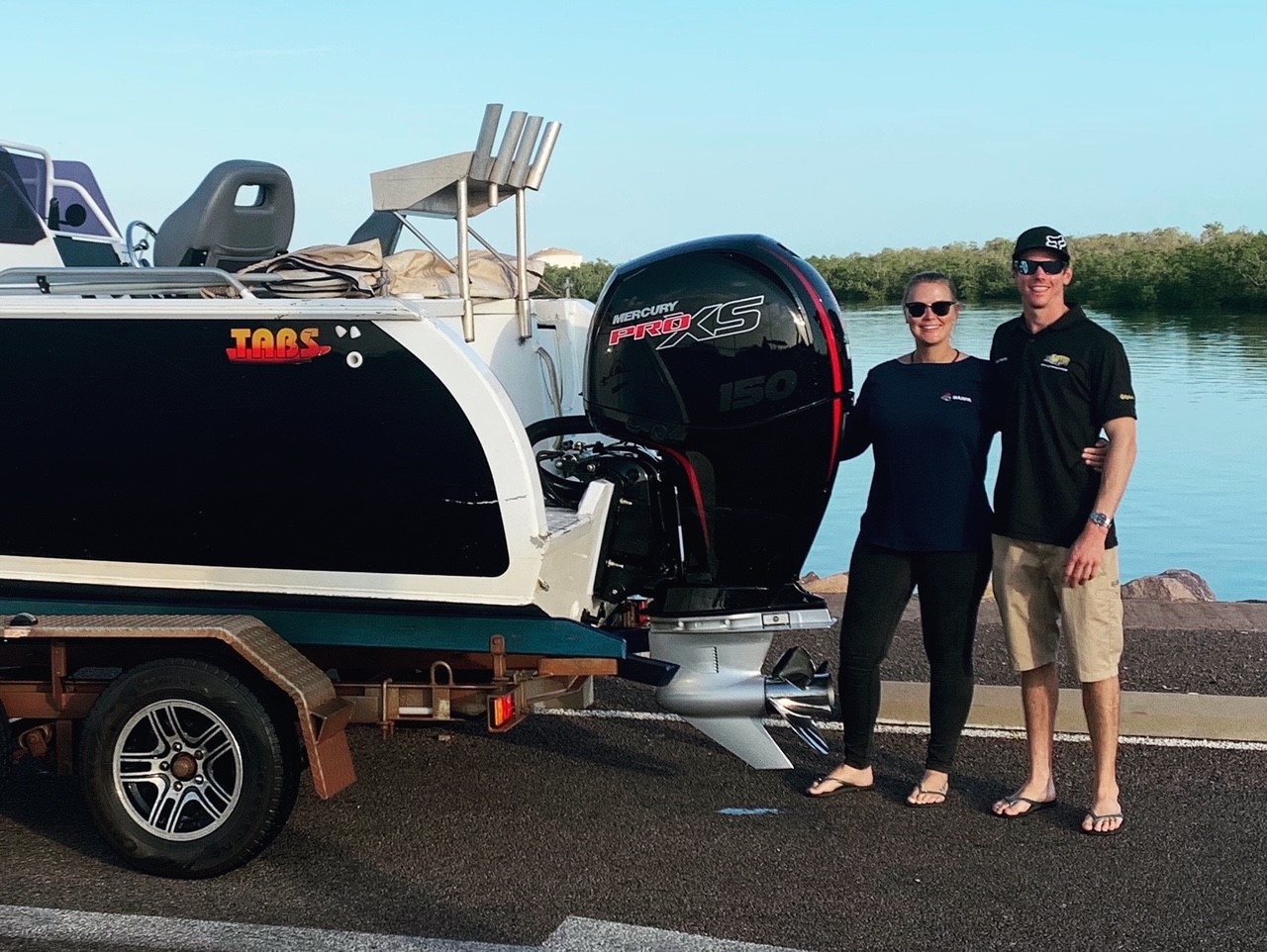 With a heavier but upgraded boat, the 115hp engine originally fit to the vessel was labouring too hard. Having heard so many good things about Mercury, the pair decided to make the upgrade to a Mercury 3.0L 150HP Pro XS 4-stroke.

Now, not only is the boat able to get out of the hole with ease but has also introduced a world of benefits to Jade and Mark.

“My initial thought when upgrading from a 115hp to a Mercury 150hp was that a larger engine would be more fuel usage,” Mark said.

“This hasn’t been the case for us; in fact, it’s meant that a larger engine equals less labouring and RPM and more efficiency. We’ve not only saved on fuel usage but also managed to gain on our normal cruising speed.

“A regular trip length for us is minimum three days in often remote and isolated areas in the wilderness, so battery health and power were constantly on my mind too.

“With the new Mercury and the charging management system that it has, my worries have been put at ease. It has features that monitor battery voltage and health for me, plus the RPM altering capabilities are superb.

“Going from a stator and rectifier regulator system on the previous engine to a full-blown alternator has been a game changer.”

And Mark isn’t the only one who has been experiencing the benefits of the Mercury engine. “The troll control means that we adjust to troll up to 1000RPM – sometimes where we fish it’s hard getting it to the correct speed so having this addition just makes life a lot simpler for us,” Jade said. 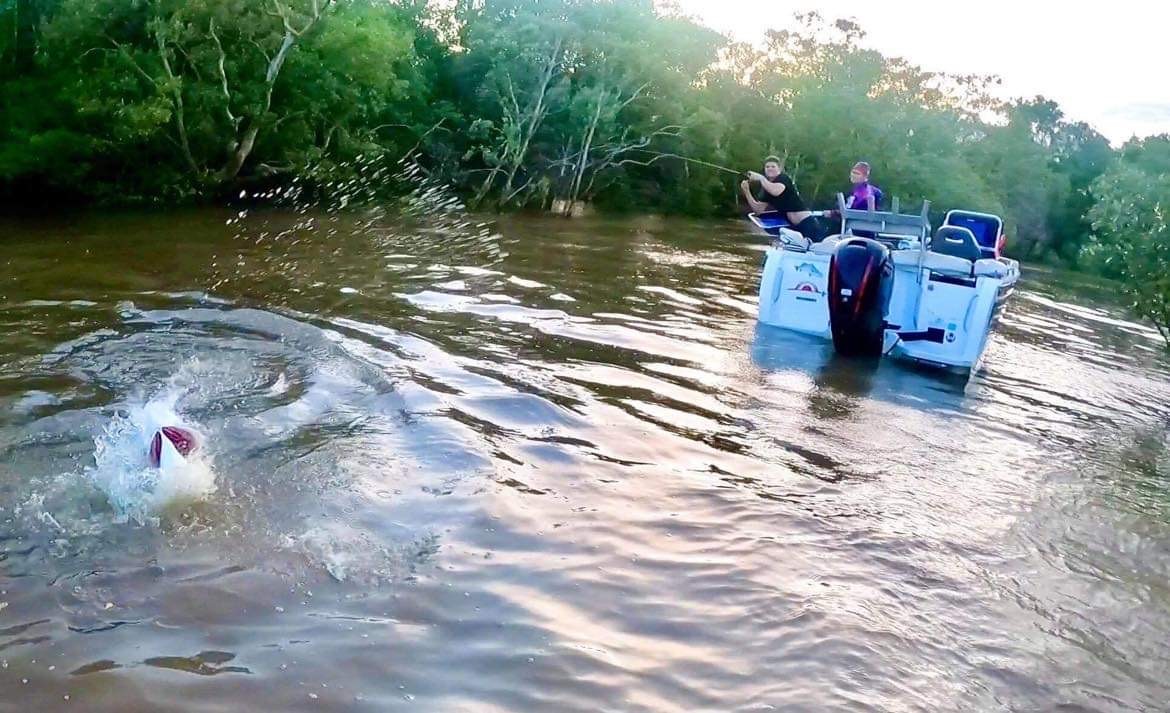 “Dealing with Precision Marine has also been a perk of the new engine. If there are any issues, they’ll sort it out for us straight away.

“They might be booked out for a month, but they’ll still make time to see us to help us out. I couldn’t go anywhere else now.”

Another advantage of Mercury that Jade and Mark found hard to overlook was the warranty.

“Having the three years warranty plus another three years if you get it serviced every hundred hours is absolutely huge for us,” Jade said.

If Jade and Mark aren’t out for the weekend hitting the river, they’re probably at or participating in one of the many fishing competitions around the NT.

Her teammates, Paige and Savannah, are accomplished fishers, with Paige acting as one of the NT’s only female fishing guides in her spare time and Savannah’s biggest Barra catch a 102cm.

“I’m looking forward to competing with the girls and seeing what we can achieve, I’m really excited for what this year will bring for us.”

And on a personal note, it’s all about beating her own best for Jade.

“My biggest Barra is a 106cm, I caught that once in 2015 and again recently – it didn’t quite stretch past the 106cm which was frustrating! So, a personal aim this year would definitely be to beat that.”

To see Jade and Mark’s boat in action, watch out their Fishing Monthly Magazine video below.

The History of Quintrex – a tribute to Peter Hunt