Minister for Defence Industry, the Hon. Melissa Price MP said the vessel’s launch was a demonstration of the Coalition Government’s ongoing commitment to its continuous naval shipbuilding program.

“I am proud to see Australian and in particular West Australian industry delivering our future naval capability,” Minister Price said.

“We are also providing significant opportunities to workers both locally and in the broader Australian economy. 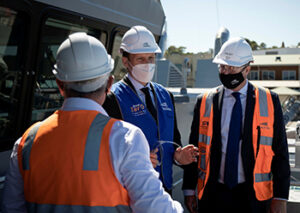 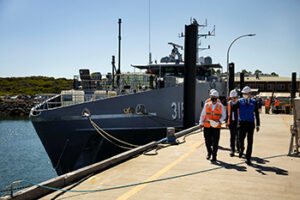 “The Evolved Cape Class project is worth about $334 million and directly supports around 400 jobs that provide benefits throughout Austal’s supply chain.

“This ensures continued employment of Australian shipbuilders and provides positive flow-on effects for small and medium Australian businesses, crucial to the success of sovereign naval shipbuilding.”

Following its official launch today, the second patrol vessel will receive finishing touches and undergo sea trials before being delivered to Navy later this year.

Assistant Minister for Defence, the Hon. Andrew Hastie MP said the Evolved Cape Class Patrol Boats were a vital capability that would be used by Navy to continue to secure our borders and protect Australia’s sovereignty at sea.

“This is a great day for WA’s defence industry, marking another important milestone in the Government’s Naval Shipbuilding Plan – further strengthening our sovereign defence industry capability and delivering the largest regeneration of our naval fleet since the Second World War,” Assistant Minister Hastie said. 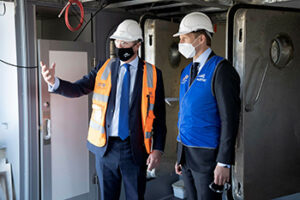 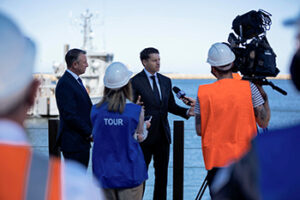 “I was pleased to launch this vessel. Building these vessels here in Western Australia means a stronger defence force that will protect our borders and our national security interests, and create long-term local jobs.”

“We are an island nation and these vessels will play a crucial role in the protection of Australia’s maritime and national security interests,” Assistant Minister Hastie said.

The remaining vessels will be delivered at approximately four-month intervals, with the last handover to Defence scheduled for late 2023.