Today is Bruce’s last day of active duty as a staff member, after a long and stellar career with Marine Rescue. 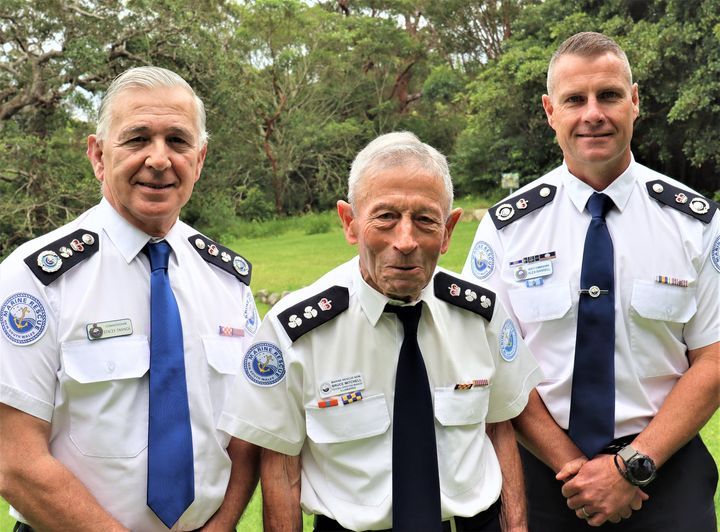 After retiring in 1998, keen fisherman Bruce joined the then Australian Volunteer Coast Guard (AVCG) in 2001, rising quickly through the ranks as a volunteer to become Squadron Commodore.

Bruce is highly regarded for his dedication to marine safety and to the volunteers under his care, and will be sorely missed.

Asked about his time with Marine Rescue, Bruce said that he’d seen a lot of change, and it was definitely for the better.

“It is, however, getting harder to attract volunteers as everyone is travelling more and not as available to volunteer as they used to be.”

“I’ll be doing my bit to address that by spending some of my retirement doing radio shifts at the Shoalhaven Marine Rescue unit.”

Bruce’s position as Zone Duty Operations Manager will be filled by Stuart Massey, who as the Illawarra’s Regional Training Manager, brings a wealth of experience and knowledge to the role.

Thank you Bruce for your service, and all the best for your retirement.