Times are good – at least for the boating industry. Order books are full and dealer inventories are low so everyone is pushing on to produce as many boats as possible in the shortest possible time. 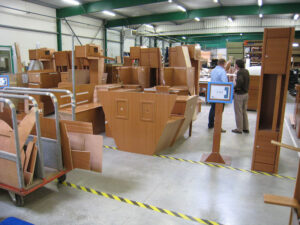 But there is a line squall up ahead. We can all see it – Covid has left the supply chain fractionated, interest rates have been too low for too long and we now have rapidly increasing inflation. The war in Ukraine has shocked us all as energy costs have spiralled and grain and fertilizer becomes scarce.

It has to have some effect. However we try to navigate around this squall it will require some change of direction.

It has always been my contention that to make money building boats (or any other complex low volume capital item) it’s not just about the margin you feel you can apply, but the amount of extra costs you can avoid whilst constructing the craft. How many times have I been told when things aren’t going well that ‘we are where we are and we just have to get this thing over the line’! So money is thrown at it, the production process is compromised and another chunk of cash comes off the bottom line.

Several things usually come into play when this happens. Often the production schedule is unrealistic, based on cash flow requirements or an upcoming boat show launch rather than current supply chain realities. Materials that once had a lead time of 8 weeks are often now quoted at 12 weeks plus so if the deck has been planned to be fastened down in the former time period, the furniture might not fit through the apertures and certainly won’t be so easy to fit.

But there are ways mitigate these losses with some judicial design work. 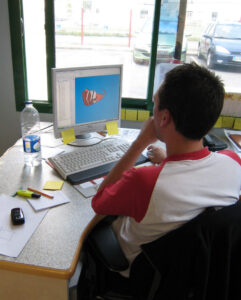 One of the best ways is to design out the ‘difficult bits’. How many different door designs and sizes does your range of boats have? One boat builder recently told me they had over 30 different shapes and sizes and were working on cutting it down by two thirds. With the advent of ‘repeatable’ veneers such as Alpi or the modern trend to HPL or painted finishes, doors and frames (and maybe other parts) could then be held in stock.

If the facades of the interior furniture have different or special finishes, then design them so they can all be fitted separately and after the base carcass. I recently came across an assembly that incorporated lacquered panels, upholstered panels and inserts of stainless steel and carbon fibre – all integrally constructed into a wooden frame.

It looked wonderful but it was a logistical nightmare as it could not be installed until all the items from several different subcontractors had arrived and been assembled. If this had been designed such that the frame could have been installed and then the façade pieces attached via Fastmount or similar, the build process would not have been interrupted.

If the deck should need to be fitted before sub-assemblies have arrived, design all assemblies so they can fit through the companionway where possible. As an example, designing the master bed so it can be made in two parts might be prudent. This will also help with any warranty work if necessary later.

There has been a scrabble over the last year to find more production. There is definitely a shortage of skilled labour in all sectors but with headwinds on the way should we be so keen to expand in-house production. In 2008/2009 many companies went bust because they could not shed personnel fast enough. Many European countries (rightly) have employment laws that prohibit the simple laying off of workers and if any downturn is severe that can cause problems.

However by outsourcing some of the production, whether it be complete boats, sub-assemblies, detail work or finishing, if volumes fall back, their services can easily be curtailed.

Using sub-contractors is therefore attractive but brings its own disciplines. Drawings, specifications and control systems have to be a lot tighter; no fudging can be allowed here as you can’t walk down to the workshop to get it fixed. It might have been made in another country. Again, design is the key, so that outsourced items with possibly extended and less reliable delivery times can be seamlessly integrated into the build schedule.

So remember, it’s not what we earn, it’s what we don’t lose so let’s start designing that out now. 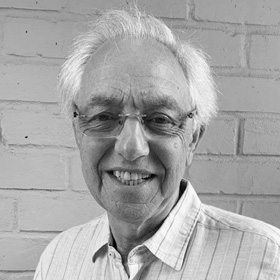 After 14 years in the fashion clothing industry where he trained in Germany as a production engineer, David started his own business producing protective sports clothing for sailing, country sports and skiing. Having sold it after 17 years he spent 9 years running a mail-order and internet based marine retail business. Thereafter he bought into a marine and specialist paint manufacturing company whilst consulting for various electronics companies developing MOB systems and also for a major German lifejacket manufacturer. Latterly he has been developing the UK market for a large French boat interior furniture producer.

He has now worked in the marine industry for nearly 40 years.