The State’s 100,000 registered recreational boat owners can now apply to be part of the new Shared Use Mooring System (SUMS) which offers casual, short-term access to moorings in some of the best boating locations in WA. 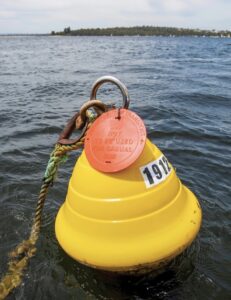 The initiative flows from the Department of Transport’s (DoT) review of WA’s moorings laws which recommended significant change including a system to optimise use of mooring infrastructure, often left vacant and not utilised for long periods of time, to benefit the boating community.

DoT A/Director Waterways Safety Management Mark Briant said following payment of a $105 annual fee, recreational vessels would be authorised to access appropriately marked SUMS moorings for a maximum of four hours during daylight or overnight from 7pm to 7am but the skipper must remain on board to immediately move the vessel if the mooring licensee or their specially nominated authorised user arrives and requests use.

“During the past year mooring licensees in gazetted mooring areas have been offered a 40 per cent reduction in fees and automatic access to SUMS if they opt into the new system which has seen 466 of the 1,164 licensees agree to the use of their mooring by other boat owners,” Mr Briant said.

“Around 40 per cent of mooring holders have now opted into the system providing increased opportunity for more people to safely enjoy the State’s most popular boating areas such as the Swan Canning Riverpark.

“The new SUMS would not have been possible without this support.”

SUMS moorings are currently available in the Swan and Canning Riverpark, at Mangles Bay Rockingham and in the Peel Region. A separate mooring system operates at Rottnest Island which is not part of SUMS.