Last week Marine Rescue specialists from Sydney and the Central Coast took to the waters around Broken Bay to search for “victims” missing at sea as part of a major marine capability exercise over the weekend.

The search was the focus of a two-day regional Search and Rescue Exercise (SAREX) designed to test agencies’ marine search and rescue practices and coordination. 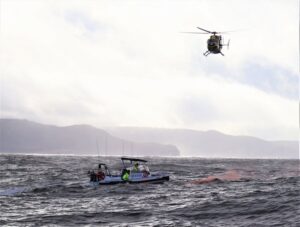 Marked by the Rescue Westpac helicopter, a Marine Rescue vessel approaches a target. 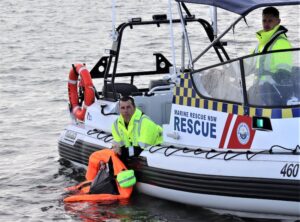 A mannequin is retrieved.

Minister for Emergency Services, Resilience and Flood Recovery, Steph Cooke, said that the exercise was the largest of five held across the state this winter to test the readiness of marine rescue agencies ahead of the busy summer boating season.

“Over the past 12 months, Marine Rescue volunteers responded to 3,896 calls for emergency assistance, the second highest on record despite the wettest start to a year on record,” Minister Cooke said.

“These exercises hone vital marine search and rescue skills and cooperation between agencies to ensure during such emergencies, everyone is able to respond as quickly and safely as possible,” Minister Cooke said.

“Tragically over the past year 14 boaters and paddlers have lost their lives, and I urge everyone heading out on the water to do their bit by always wearing a lifejacket, and Logging On with their local Marine Rescue base.” 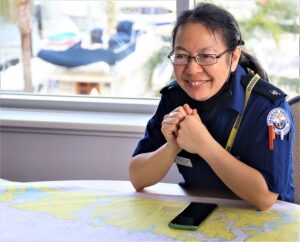 A participant in the desktop component of the exercise. 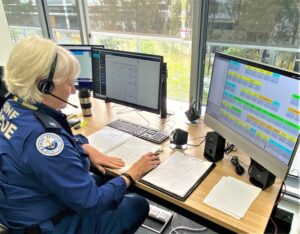 Marine Rescue NSW Deputy Commissioner Alex Barrell said volunteers from eight Marine Rescue NSW units would be among more than 115 specialists taking part in the second of the 2022 SAREX series.

“This weekend’s event is a major component of our ongoing professional training program for our highly skilled boat crew and radio operators, in the state’s busiest boating region.”

“Our volunteers are trained to the highest standards for their roles and the on-water experience they gain from this exercise helps keep them rescue-ready around the clock.”

The search exercise is based on a scenario involving a search for multiple victims after a recreational fishing boat is reported missing off the coast at Broken Bay, with volunteers from all eight units also undertaking incident management exercises onshore as well as presentations by the attending emergency services.

Minister Cooke said the SAREX would provide members of the attending Marine Rescue units invaluable practical experience in a realistic scenario to take back and share within their units.

“This is essential to ensure that we have the best possible chance of quickly finding and rescuing someone in the water in an emergency, when time is of the essence,” she added. 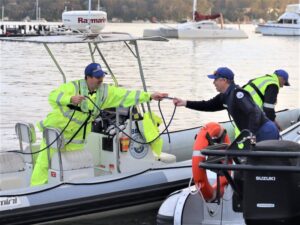