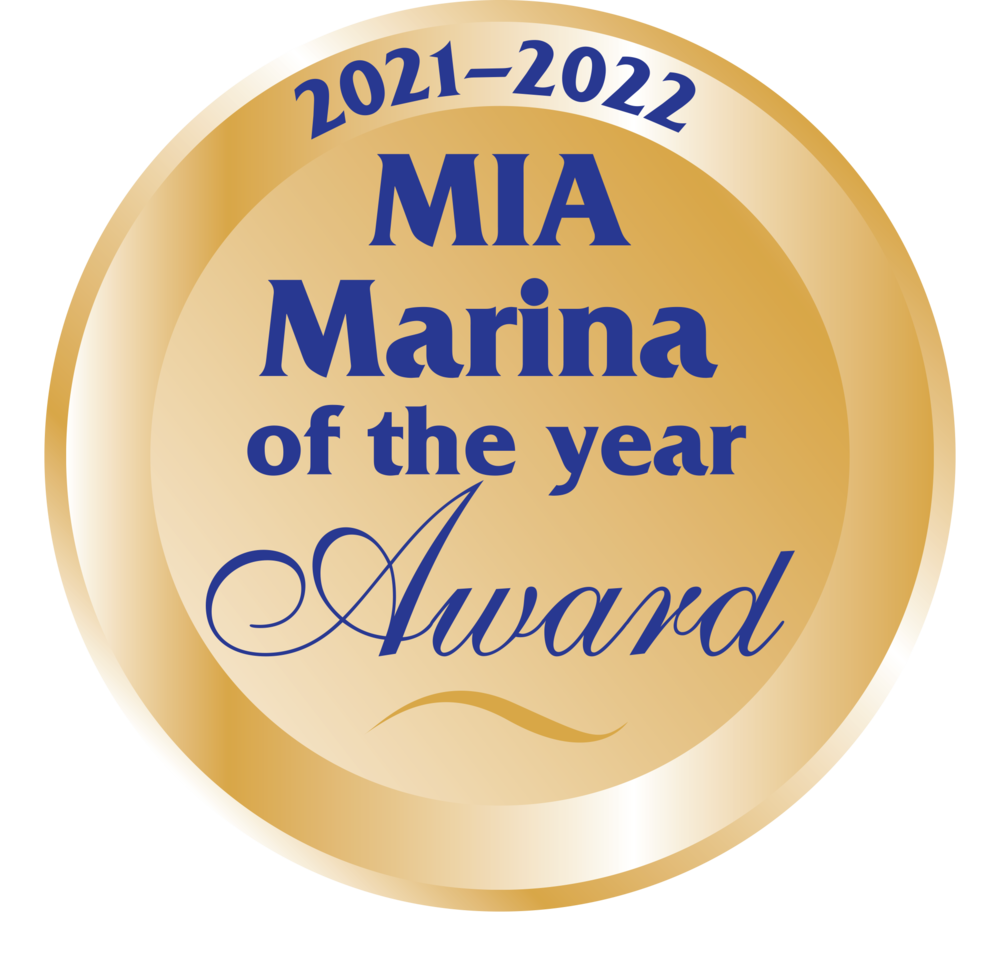 The 2021 Club Marine Marina of the Year Awards were held last night at the Cruising Yacht Club of Australia which provided a stunning and very appropriate backdrop for the events.

A COVID capped, sell-out crowd of over 120 of the industry’s most prominent people enjoyed the event with dozens watching the live feed remotely. Finalists who couldn’t make the trip from Western Australia, Singapore, New Zealand, Cairns and Airlie Beach all joined from their own satellite events via Zoom, with drinks in hand!

18 finalists were in the running for nine hotly contested awards and the recuring theme throughout the acceptance speeches was that the accolades are the result of teams, not assets or individuals. As Phil McGowen CMM and Marina Manager so eloquently put it when accepting the Marina of the Year Award over 140 berths, for his 5 Gold Anchor Platinum accredited Birkenhead Point Marina, “this is not about the marina, it can’t win it, it is about the people who set this facility apart……it is the best marina in the world, we set the benchmark for Platinum Marinas”. It was indeed a proud and emotional win for the entire team. 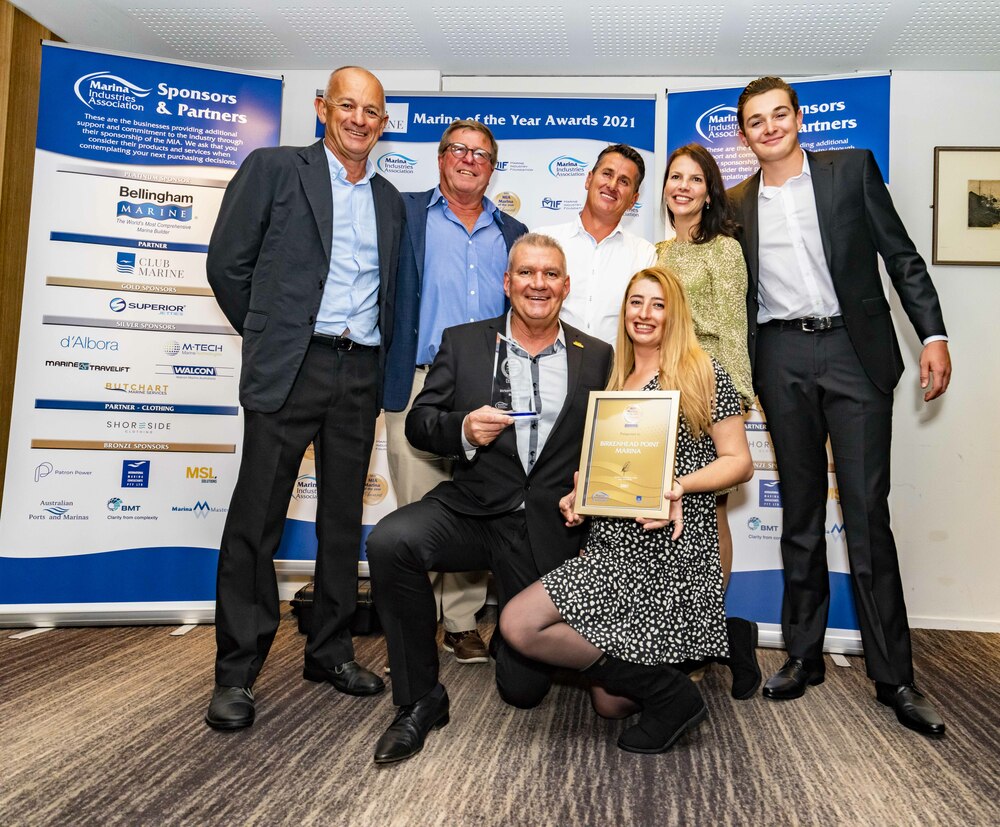 In the other big awards, the bespoke Koolewong Marina on the Brisbane Water took out the Marina of the Year under 140 berths. Owner Les Binkin, recognised the 16-year journey he had been on with his business partner Symantha Suprain when they first bought Marmong Point together before embarking on the development of Koolewong Marina from a greenfield site. He too gave the credit to the team running the marina and caring for his customers. Les then announced to those present that he had sold the marina to Toby and Ned O’Neill, also in attendance, owners of the Point Piper and Rose Bay Marinas encouraging them to remain close to the MIA and benefit from the leadership and services offered by the peak body. 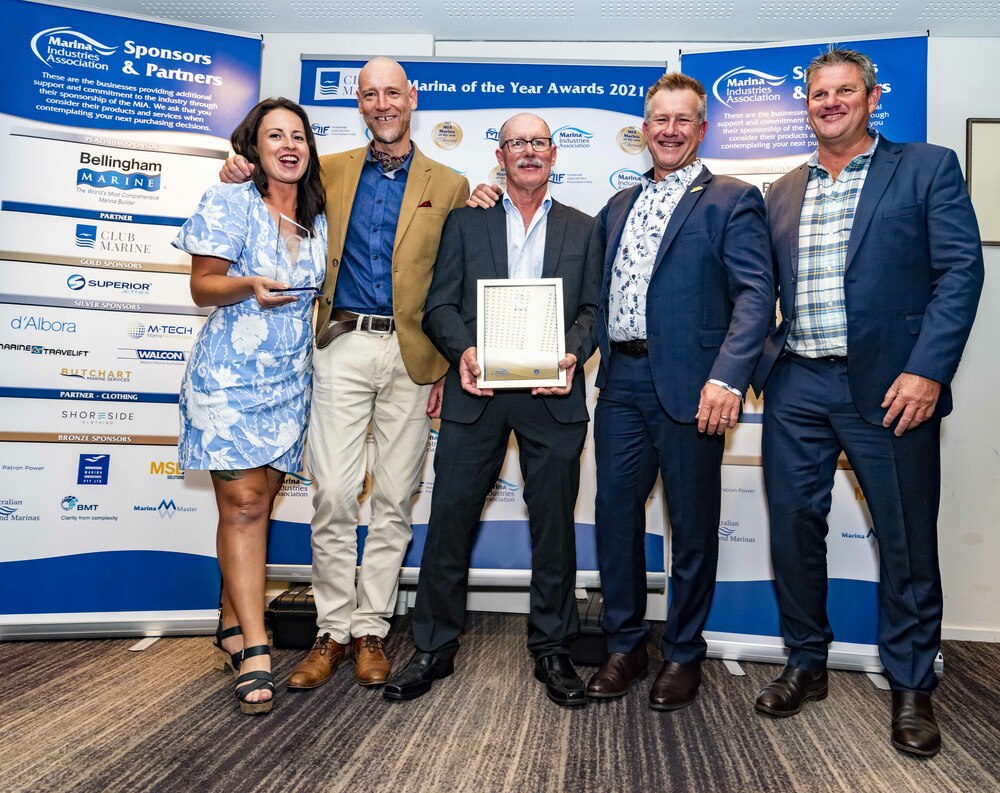 One of the most celebrated wins of the night went to the Club of the Year winner Royal Motor Yacht Club Broken Bay (RMYC BB). In accepting the award, Commodore Chris Lee acknowledged that the RMYC BB has undergone a transformation in recent years to create what is now a vibrant, world class boating lifestyle destination which caters to the needs of all boaters. He again gave the credit to CEO Jayson McDonald who in true style, passed it on to his team who were all on stage sharing the moment. 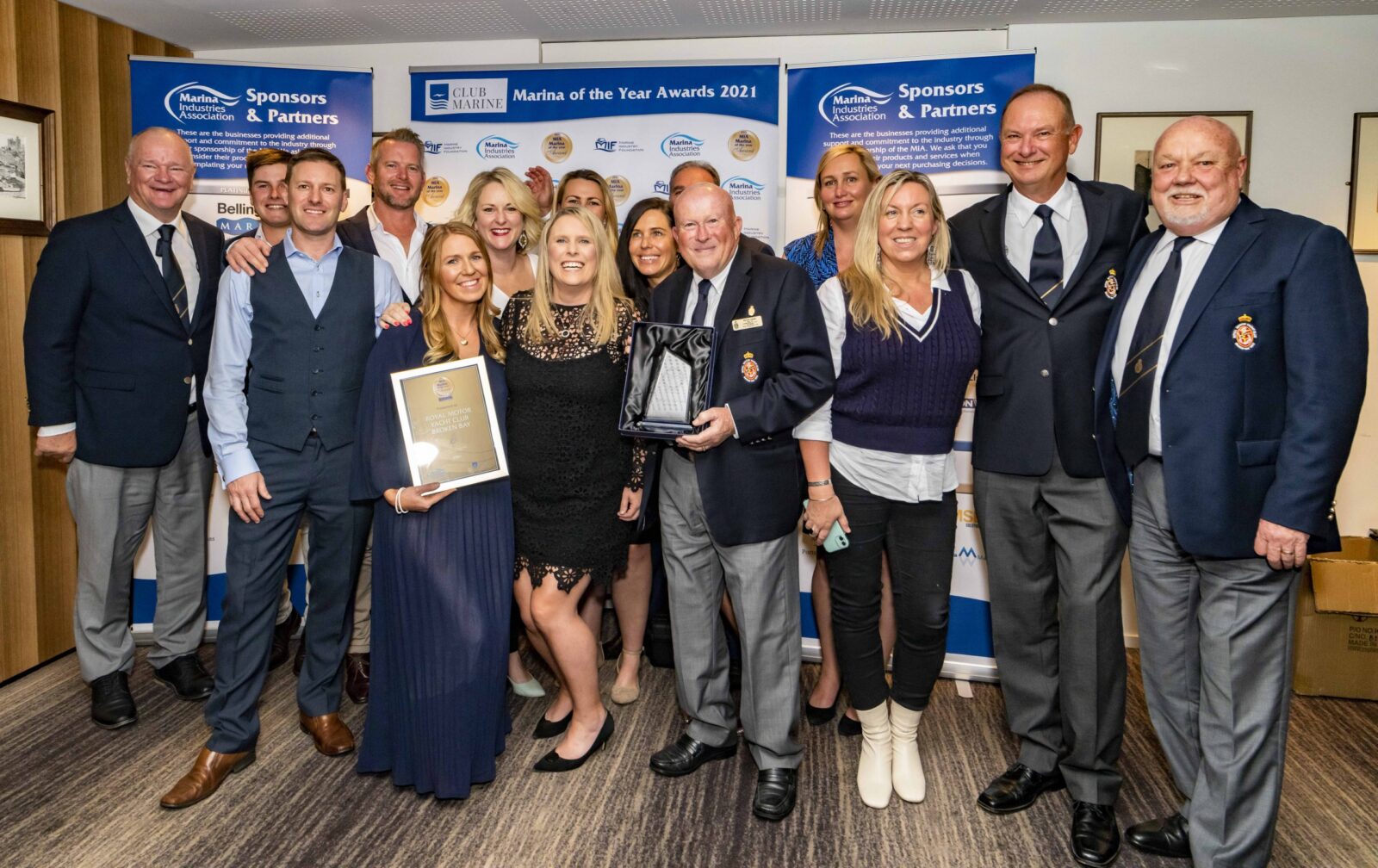 Andrew Fenwick, of Fenwicks Marina in Brooklyn NSW dedicated his Best Boatyard under 20 Boats to his father who passed away very recently. Having developed the site with his father from a greenfield site in the 1970s, Andrew proudly shared the stage with his son Tim who joined the business seven years ago. Andrew’s acceptance speech was a moving tribute to a true family business.

Sydney Harbour Boat Storage at White Bay 6 Marine Park on the shores of Balmain NSW, took out the Best Dry Stack Storage Facility award in recognition of its innovative customer service initiatives, ease of booking and its exceptional culture around work health safety. Lorraine Yates, General Manager sung the praises of the business benefits of going through the application process saying, “I would recommend to any marina to go through the Awards submission process as it is a great opportunity to really scrutinise your business performance against a criteria and reflect on what is great about it and what can be improved. We really enjoyed it.”

The coveted Marina World International Marina of the Year Award presented a difficult decision for the judges as the finalists, One15 Marina Sentosa Cove Singapore and Westhaven Marina in Auckland were both exceptional, but very different entries. One15 Marina Sentosa Cove Singapore was announced as the winner and the very happy Marina Director James Roy was joined by Jonathan Sit Acting General Manager to accept the award, masked up and via Zoom.

The full list of Award winners and finalists for the Club Marine Marina of the Year Awards 2021 are:

There were also three Hall of Fame Entries this year: