LawConnect has been tasked with keeping the Sydney Hobart line honours crown in Australian hands, with the fleet reduced by two following COVID-related withdrawals on the eve of the race.

The Volvo Open 70 boat Willow pulled out after three positive COVID tests and the owner of 46-foot Maverick 49 opted not to take any risks despite not reporting any COVID cases. 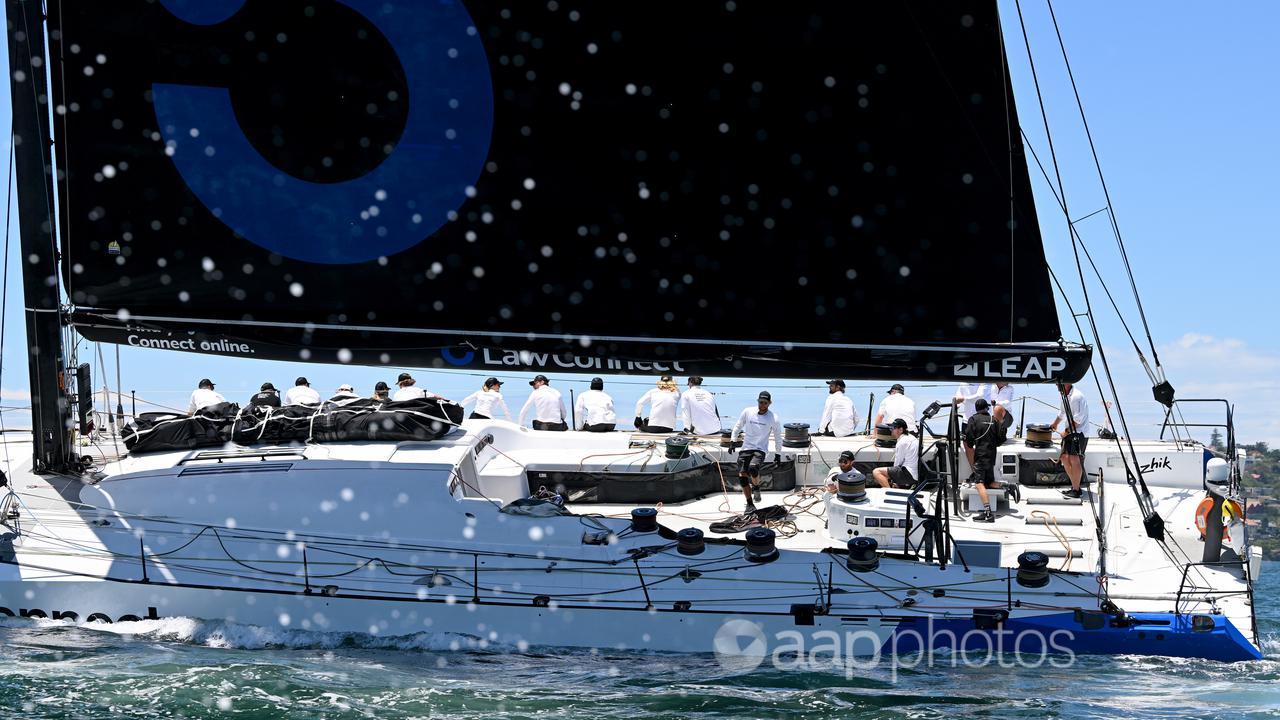 Willow is co-owned by Jim Cooney and Samantha Grant, who sold supermaxi Comanche after it delivered them two line honours titles and a race record.

Comanche also won line honours once under her previous owners and together with Wild Oats XI have won 12 of the last 15 line honours titles between them, with Oats taking the trophy a staggering nine times.

Australia’s LawConnect, which took line honours in 2016 when she was called Perpetual LOYAL,

was one of the few boats to threaten that duopoly.

She will vie with two other supermaxis, SHK Scallywag 100 and Black Jack, both of which are dominated by Australian crew but registered with overseas clubs.

New sails and a bigger bowsprit plus a favourable forecast of strong southerlies in the first 24 hours bodes well for Beck, but later transitions which should bring lighter breezes could assist the other supermaxis.

“It will be heavy upwind and survival is important there and a reasonable amount of speed as well,” Beck told AAP.

“Then the big question is the transition because no-one will really know how that will land.

“There will be a lot of sail changes, the crew will be working very hard and you are at risk of breakages when you are changing sails at any time.

“I think a lot of it comes down to crew skill. I think we’ve got the best crew in the fleet.”

Skipper David Witt was pleased with how the boat performed in the recent Australian maxi championship where she and LawConnect each had two line honours wins in four races.

“The crew work and everything improved exponentially every day, so we’re ready to go,” Witt told AAP.

Skipper Mark Bradford conceded Black Jack would probably be in chase mode early in the race, trying to stay within range of LawConnect in strong winds before more favourable lighter breezes kick in.

Black Jack, which is representing the Yacht Club de Monaco, is something of an unknown quantity given she didn’t compete against the other two supermaxis in the Australian maxi championships.

“Our team has been together since 2008 largely, our heartbeat has been the same since then,” Black Jack skipper Mark Bradford told AAP.

“We’ve got one or two new people that are highly experienced guys.”

TP52 boat Ichi Ban will again be a strong contender for overall honours, having won the trophy in 2017 and 2019.

With the 2020 race being cancelled, skipper and owner Matt Allen is striving to make Ichi Ban the first boat to win back-to-back titles in 57 years.

Other TP52s Quest and Gweilo are also fancied while 34-foot White Bay 6 Azzurro is one of the more highly regarded smaller boats.

The race will feature a Two-Handed division for the first time, with 18 boats vying for the trophy.

Upon arriving in Hobart, sailors won’t be able to leave their boat until having a rapid antigen test and the owner completes a declaration that everyone aboard has returned a negative result.