This week, Yamaha has launched a sustainable waterways program and announced a major partnership with clean tech start-up Seabin™.

Yamaha Motor Australia said it was excited to announce the launch of Yamaha Rightwaters, an initiative that builds on Yamaha’s commitment to environmental sustainability and conservation of our waterways and oceans.

Originally developed by Yamaha in the USA, the Yamaha Rightwaters initiative champions environmental stewardship and supports marine habitat protection, management and restoration through education, scientific research, and partnerships to ensure a healthy marine ecosystem for generations to come. 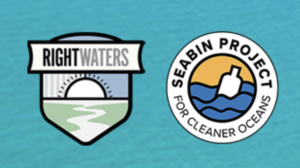 Jason Harris, General Manager of the Marine Division at Yamaha Motor Australia, said, “At Yamaha, we are passionate about boating and passionate about the long-term sustainability of our waterways.”

“We are fortunate to have some of the most pristine and diverse marine environments in the world, however, we realise we can never take this for granted.”

“As our population continues to grow so too does the pressure that urbanisation has on our local marine ecosystems, through increased consumption, waste generation and usage of our waterways.”

“Working within our Yamaha Rightwaters brand, our goal is to implement programs that contribute in a meaningful way to help protect and sustain our waterways, not only for the current generation, but for future generations that follow.”

“We are excited to announce our first major partnership under the Yamaha Rightwaters program by joining Seabin™ as a major sponsor of the world first, “100 Smarter Cities for Cleaner Oceans” campaign in Sydney, Australia,” Jason said.

Seabin™ is an Australian founded clean tech start-up that has developed an innovative Ocean Health Data Platform, which involves the removal and data cataloguing of plastics and other marine debris from waterways. The critical data sets collated from the Seabin unit collections are being recognised by global authorities such as United Nations Environment Programme (UNEP), to facilitate, support and implement positive policy making and behavioural change.

Seabin™ have set a goal of being operational in 100 cities by 2050 and launched their first City Pilot in Sydney last year, collecting more than 16 tonnes of marine debris from Sydney’s waterways and filtering over 3 billion litres of water. The support of Yamaha will contribute to doubling this impact, through the addition of an additional route within Seabin’s Sydney Smart City program.

Pete Ceglinski, CEO and Co-Founder of Seabin™ said, “We are thrilled to have Yamaha Motor Australia onboard as a major Australian partner for Seabin’s #100 Cities program which addresses both clean-up in the water and behavioural change on land. In short, we are turning off the tap and cleaning up the mess at the same time.”

“Yamaha’s support will allow us to add an additional 16 Seabins in strategic locations within Sydney Harbour, doubling our collection capabilities, optimising our digital data platform and increasing our educational and community engagement initiatives.”

Fallon White, Head of Global Partnerships for Seabin™ said, “We are excited to launch this significant partnership with Yamaha Motor Australia as they rollout their successful USA initiated Rightwaters program in Australia. The partnership will support all facets of Seabin’s operations including marine debris collection, data analysis, community engagement, and education; further enabling our mission for cleaner oceans and hitting our target of 100 cities by 2050.”