Simrad Yachting, a global leader in marine electronics for powerboating and sportfishing, is recognizing its 75th Anniversary this summer with a slate of initiatives including the celebration of boating’s ability to bring people together, detailing the history of notable Simrad® products and publishing its own list of Simrad® 75 Great Boating Destinations.

“Our heritage in marine electronics goes back to 1946, when surplus radios from the war were converted for use on commercial vessels and Simrad’s very name comes from the amalgam of Simonsen Radio,” said Mike Fargo, EVP of Simrad® at Navico, its parent company.

“Since then, Simrad’s innovation and technology has been featured on hundreds of thousands of watercraft over the decades from small RIBs and sportfishing vessels to luxury cruisers and superyachts. Our core focus has always been to enable boaters – whether that’s for fun, relaxation, sport, adventure or work.”

The first of three anniversary videos include a brand video that kicked off the 2021 anniversary year and spotlights historic Simrad® products dating back seven decades. This spring, Simrad® unveiled two short vignettes emphasizing the adventures and personal bonds that are created out on the water.

This week, the World of Simrad® blog also announced its own list of 75 Great Boating Destinations where powerboating and sportfishing reign supreme – a bucket list of sorts for the power cruising, sport fishing and luxury yachting enthusiasts around the world. By tapping into the brand’s rich boating heritage and global reach of its passionate personnel, Simrad® released the poll identifying favourite boating hot spots for its birthday year.

“With the anniversary, we thought it would be fun to honour our tradition with a look back at key products, a series of emotive videos and our ‘Simrad® 75 Best List’ by tapping into our knowledge and global reach of boating destinations,” added Fargo. “Simrad® stands for innovation, reliability and performance that provides boaters with the assurance they can do more out on the water, safely and confidently.”

Product and boating experts at Simrad Yachting around the world nominated their favourite powerboating and sportfishing locations which was then narrowed down to a final selection of 75. The focus was on small town departure points for offshore cruising or specific small bodies of water or islands that make for a unique and special boating experience. The U.S. led the list with 11 selections, while New Zealand and Australia each notched six.
Mediterranean countries like France, Greece, Italy, and Spain also had multiple nominations.

“There are some amazing places to explore in this world and doing it with Simrad® lectronics makes it enjoyable and extraordinary,” said Fargo. “A big congratulations to our Simrad® 75 Best selections.”

View the Anniversary Videos below:

For a visual flavour of the different locations, we’ve grabbed a cross-section of pictures. The full list of 75 locations follows below. 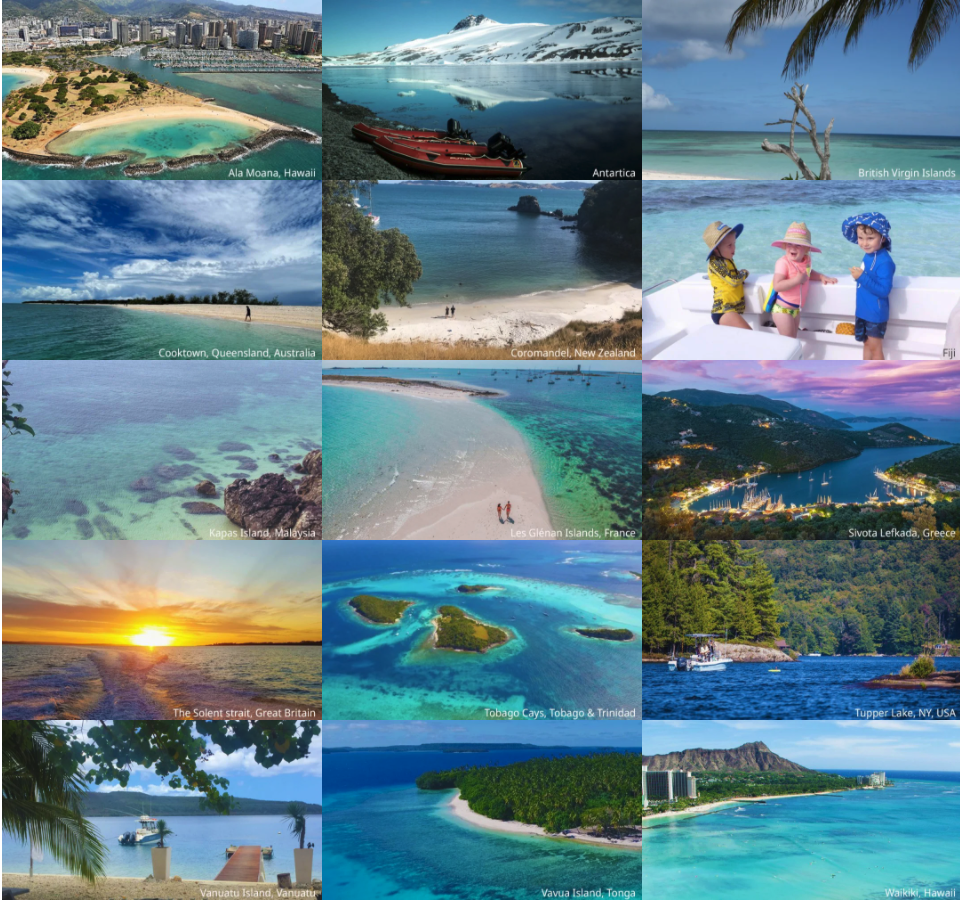