Come and see the latest from Mercury Marine at this year’s hotly-anticipated Sanctuary Cove Boat Show from 19-22 May Stand Number PR1.

And it all starts from the moment you walk in.

Taking pride of place at the main entry will be the incredible Mercury 7.6L V12 600hp Verado outboard mounted on a Gemini Rigid Inflatable Waverider 1060.

Mercury continues to transform the high-horsepower outboard market, providing its most powerful and capable outboard, which includes several industry first features for a wide variety of applications.

Another product in the spotlight will be Mercury’s next generation of Digital Throttle and Shift technology. Displayed in both single and dual handle configurations, the new DTS is a major step in the product’s evolution.

It takes all of the best DTS technology from Mercury’s first release in 2004 and presents a new and improved smooth and ultra-responsive throttle performance and full integration with SmartCraft digital technologies.

The interactive Joystick Helm will also be on display on at Mercury’s stand, where visitors can get to grips with fingertip directional control while there will also be a virtual opportunity to see and learn about Avator™ electric outboard concept, which represents Mercury’s next step in marine innovation, advanced technology and engineering.

In addition, Mercury will be showcasing the future of safe boating. The Mercury 1st Mate is the world’s first engine-integrated ‘man overboard’ monitoring and warning system that features up to eight wearable fobs for captain and passengers, an intelligent hub and a phone app to monitor overboard events. 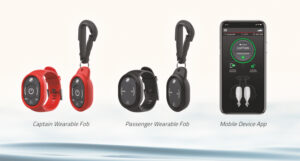 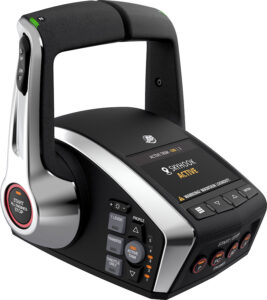 The Next Gen Dual-Handle DTS

The 2022 Sanctuary Cove Boat Show will also be the first public outing of the new Mercury Edge Display Trailer where visitors can get up close and personal with the latest propellor technology, trolling motors, gauges and much more.

So come and see what’s new from Mercury at Stand PR1 at the Sanctuary Cove Boat Show.

Select Maritimo Models to be powered by MTU from 2022