The Australian sailing community is mourning the passing of one of its greatest contributors, David Forbes OAM (1934-2022).

Born in Sydney, Forbes went on to become one of Australia’s most successful yachtsmen through a lengthy domestic and international career. 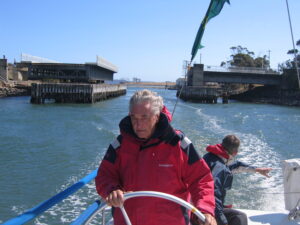 “We have lost one of the most passionate and creative yachtsmen ever born in Australia,” said Australian Sailing President Daniel Belcher. “David was a friend to many, and his loss will be felt right across the country. He achieved so much on the water in his competitive career, off the water as a designer and later in the business world.

“On behalf of Australian Sailing I would like to send our condolences to David’s family and many friends at this sad time.”

Forbes will be remembered by many for his Olympic gold medal win the Star Class at Munich 1972 alongside crew John Anderson OAM. 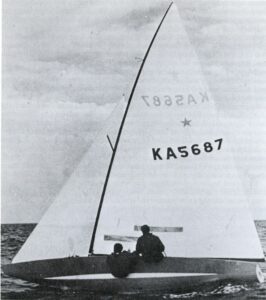 It came after Australia’s first Olympic sailing gold medal with the Barranjoey’s victory at Tokyo eight years earlier, and on the same day John Cuneo OAM, Tom Anderson and John Shaw also won Gold for Australia in the Dragon class.

But there was so much more to his career, one which spanned over 20 years and included a 5.5m world championship in 1970, a Sydney to Hobart race in 1974, and ten Australian championships, in the Star (seven times), 5.5m, Soling, and Etchells classes. He represented Australia at three Olympic Games, 1968 Mexico City, 1972 Munich, and 1976 Montreal, and was a member of two America’s Cup challenges. He was a part of the ‘Gretel II’ crew in the 1970 America’s Cup and was relief helmsman in the 1977 America’s Cup.

John Bertrand AO was a life-long friend of Forbes, having met in 1969 as a part of Sir Frank Packer’s Gretel II America’s Cup challenge.

“He was the most naturally gifted sailor I ever met,” said Bertand at the passing of his great mate. “David’s career both in sport and business is one of celebration. He was an Olympic gold medallist in 1972 when there was no coaching and very limited support, he took on the world’s best and got the job done.

“His business career was outstanding, building the soft drink company Shelley Ecks, which developed many modern in-house technologies and was eventually sold to Coca Cola. Right up until the end his mind was as sharp as a whip, he was completely tuned into environmental technologies, including solar energy and even nanotechnologies.

“He was a friend and mentor to so many, including myself and the rest of the Bertrand family. He truly was a wonderful human being.”