As part of an Australian Sailing project dedicated to supporting the Solomon Islands Sailing Association (SISA) in preparation for the 2023 Pacific Games, six Lasers have been donated and carefully transported to the island nation.

This project, planned and executed by Australian Sailing over the past few months, will provide short term assistance to SISA as well as long-term developmental support for sailors in the Solomon Islands.

After a nation-wide search by Australian Sailing, the six boats – all in fantastic condition – were generously donated by affiliated clubs and members. Three were provided by Woollahra Sailing Club and two by Royal Sydney Yacht Squadron, with the last coming from an individual associated with the Middle Harbour Amateur Sailing Club in NSW.

A partnership with the Australian Defence Force (ADF) saw the Lasers transported to the RAAF Base in Amberley, where the ADF were able to load the Lasers on to an Airforce C-17 Globemaster before flying them direct to the Solomon Islands. 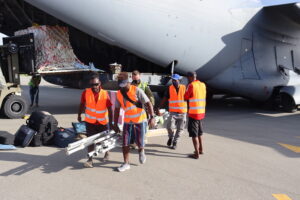 All delivered by the end of June, the Lasers are part of the Australian Sailing project which aims to assist SISA in preparing for the Pacific Games sailing competition in July next year, and will play a central role in the training of local athletes, coaches and officials. 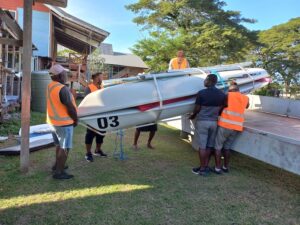 Australian Sailing has also been successful in securing a further $80,000 grant from the Department of Foreign Affairs and Trade which will be utilised to provide additional support for SISA in the lead up to the 2023 Pacific Games. Projects to be delivered with this grant funding include instructor and coach development and mentoring, race official development and mentoring and coaching clinics for SISA sailors both in the Solomon Islands and Australia.

Australian Sailing would like to extend its sincerest thanks to the clubs and individuals who donated the Lasers for this project. Further thanks are extended to the ADF and Wing Commander Sean Ahern for his assistance in organising and assisting the coordination of ADF resources. 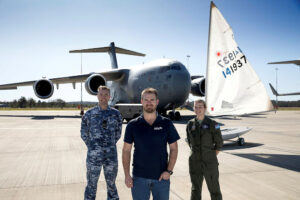