There is no question that passion drives success, and Bargain Boat Bits is one example where a group of passionate boating business people have created something special.

When an Australian-based retail group sells in excess of $300 million worth of marine products annually, including $50 million worth of chandlery, it’s apparent you’re dealing with a major player in the industry.

National chandlery buying group Bargain Boat Bits (BBB) has been staking its claim in a traditionally fragmented marine industry, and after 30 years in operation, has emerged as Australia’s leading boating accessory group. 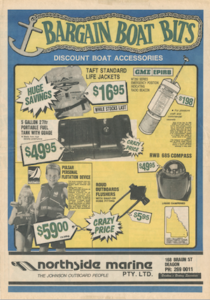 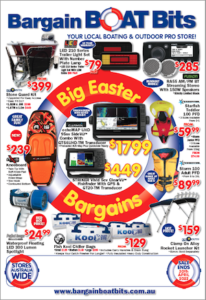 Spearheading the operation has been Richard Machin, a marine industry career veteran whose understanding of the industry and sector has been instrumental in its recent success.

Richard recently chose to step back “a little” to focus on other marine business interests having worked in the business since 2014. However, he admits he is passionate about Bargain Boat Bits and it will be hard for him to step away completely.

Richard says, “I’ll still be around. I still help here and there, particularly with the Catalogue production. When you love a business and what you do, it’s very hard to step away completely”.

At a recent Bargain Boat Bits conference in Melbourne, Greg Nickerson from Northside Marine in Brisbane led the charge to recognise Richards work over the years and his contribution to the business. 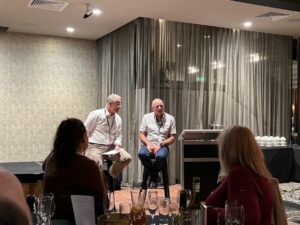 Greg also reflected on the Bargain Boat Bits business and its successful formula, saying “for the first 20 years, chandlery was always just part of my business, an area for salesman to pull accessories from whenever they sold a boat. However, in the 30 years since I’ve been a member, we’ve been able to unlock a whole new profit centre within Northside Marine”.

“The result – a high level of popular lines with excellent margins from recognised brands, it’s been an absolutely essential business move.”

Greg spoke about the other benefits of being associated with the group saying “regardless of how big or small you are, everyone had something to learn from other operators within the group – whether they be from a country area or the cities”

“It was always an intangible part of the Bargain Boat Bits concept, but as one of the founding members, I have to say it’s without question one of the biggest advantages”

“When you’re wrapped up day to day serving customers, it’s the time we take to step outside of our businesses and share strategies that really pays the dividends.

“As someone who has gone through the pain of constructing a purpose-built marine centre, I am proud to show other Bargain Boat Bits members through our premises, pointing out the pitfalls and suggesting practical ways to increase efficiency and profitability.”

“I can play as an independent, while still being backed by the biggest team in the country”

Without the restrictions of a franchise, the group’s structure and focus allows individual operators to compete equally against bigger retailers and mail order houses.

As part of the sharing process, Bargain Boat Bits members meet annually for a conference in different locations around Australia. Sessions are planned to introduce new products and suppliers, share ideas and discuss relevant group issues.

Richard’s contribution to the business is not lost on the leadership team, and his willingness to remain as part of the Bargain Boat Bits team is a true testament to his passion for the business and industry.