A can-do attitude and ability to problem solve combined with hard work has seen luxury motor yacht manufacturer Maritimo’ s Zoe De Pryck recognised for her talents with her being named the Boating Industry Association’s 2021 Queensland Apprentice of the Year. 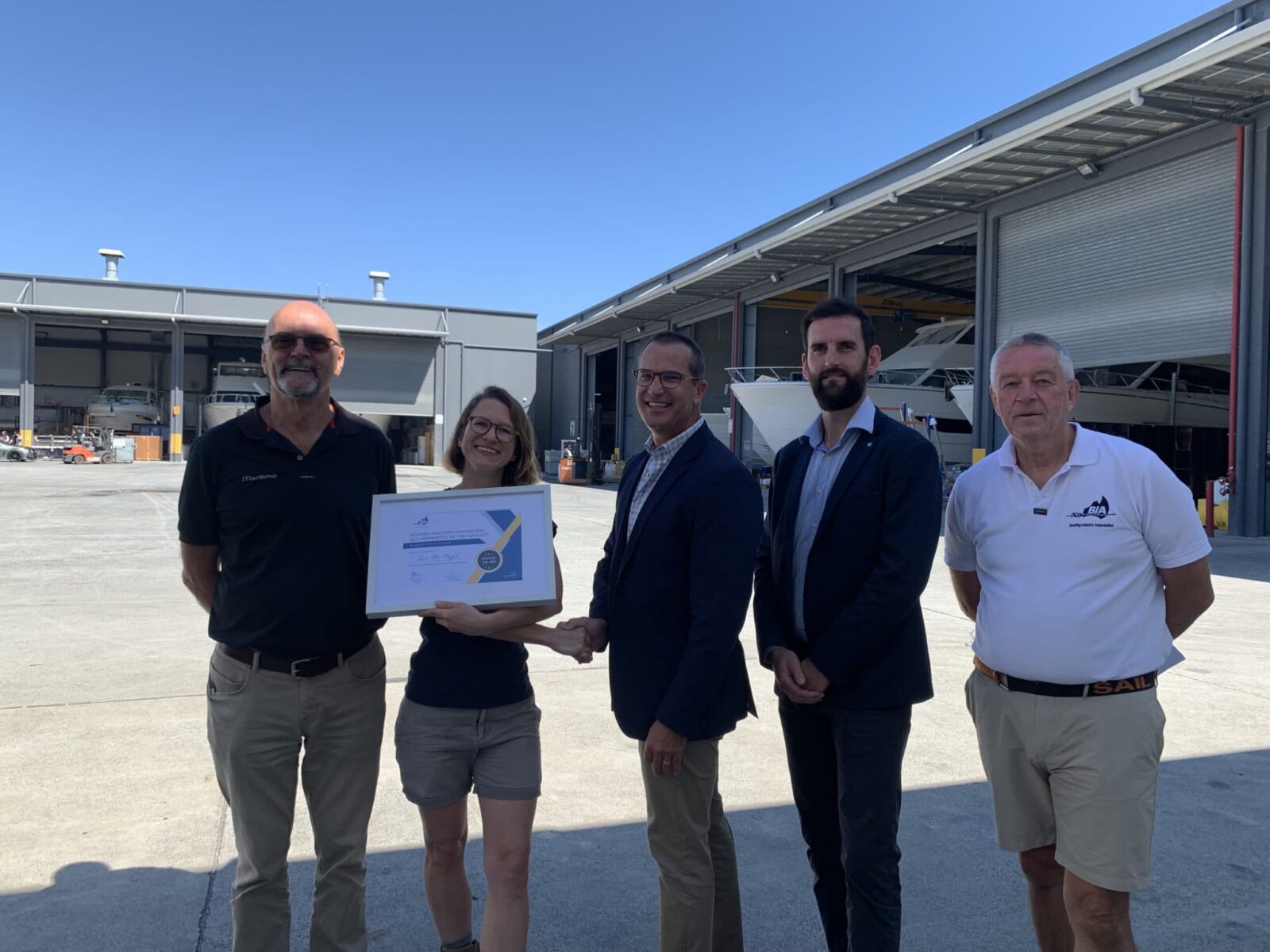 A well-deserved win it came as no surprise to those who work with her and know her and follows an impressive awards’ lead up with an outstanding performance in Queensland TAFE. 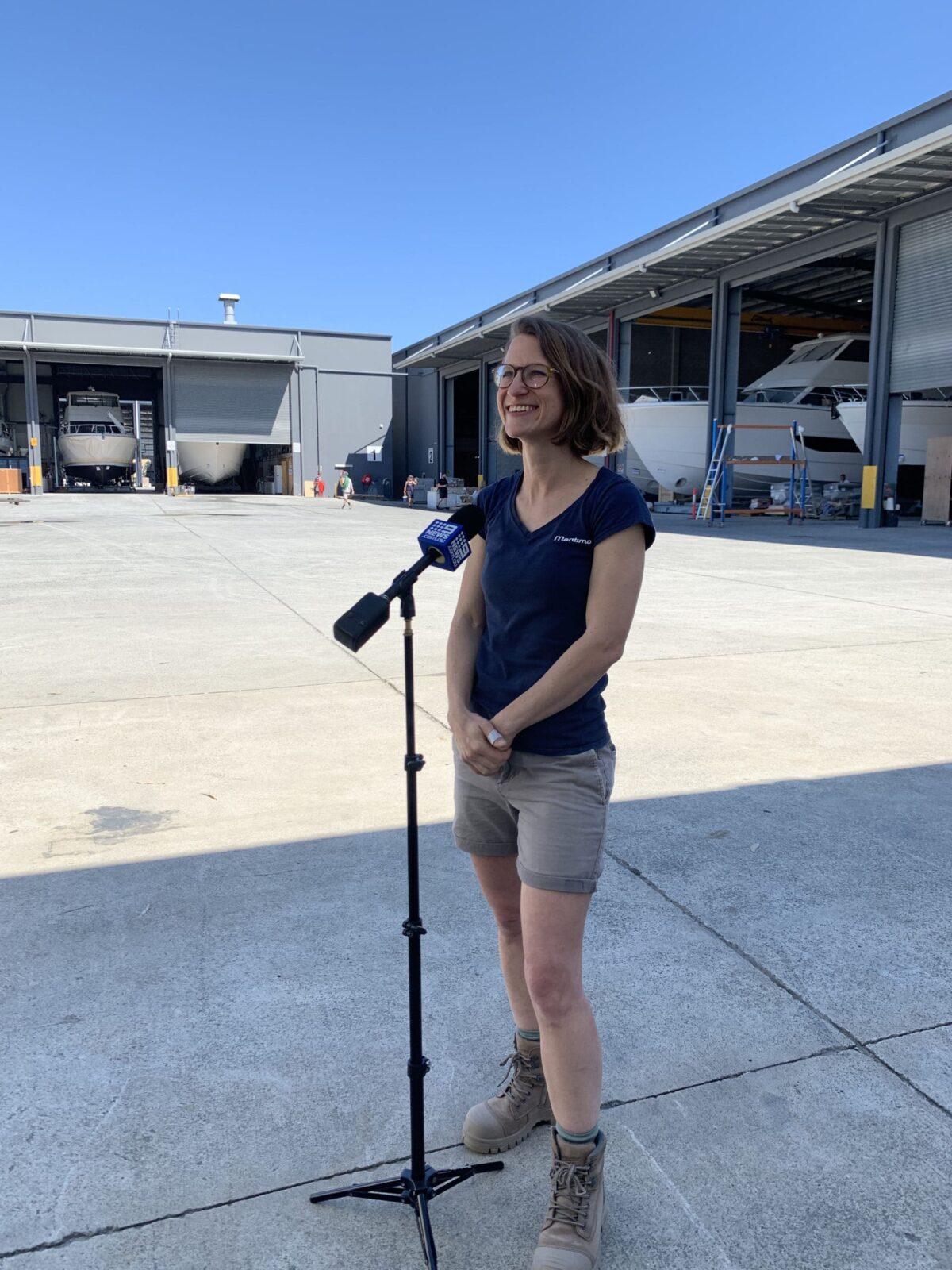 She was also a finalist in the Southeast Queensland Training Awards in all trades last year.

“She is an extremely hard worker and has a great eye for detail,” he said.

Zoe joined Maritimo in 2017 having contacted the company direct to see if there were any positions vacant and seeking an apprenticeship. She had emigrated from Belgium on a few short years earlier.

Maritimo Production Manager, Kym Fleet, who works closely with Zoe said one of her key strengths is that nothing is too hard or difficult for her to tackle.

“We are all very proud of her.”

As for her future Zoe says she is keen to take on a leadership role at Maritimo and in the boating industry generally. She says she also wants to encourage more females into the industry. 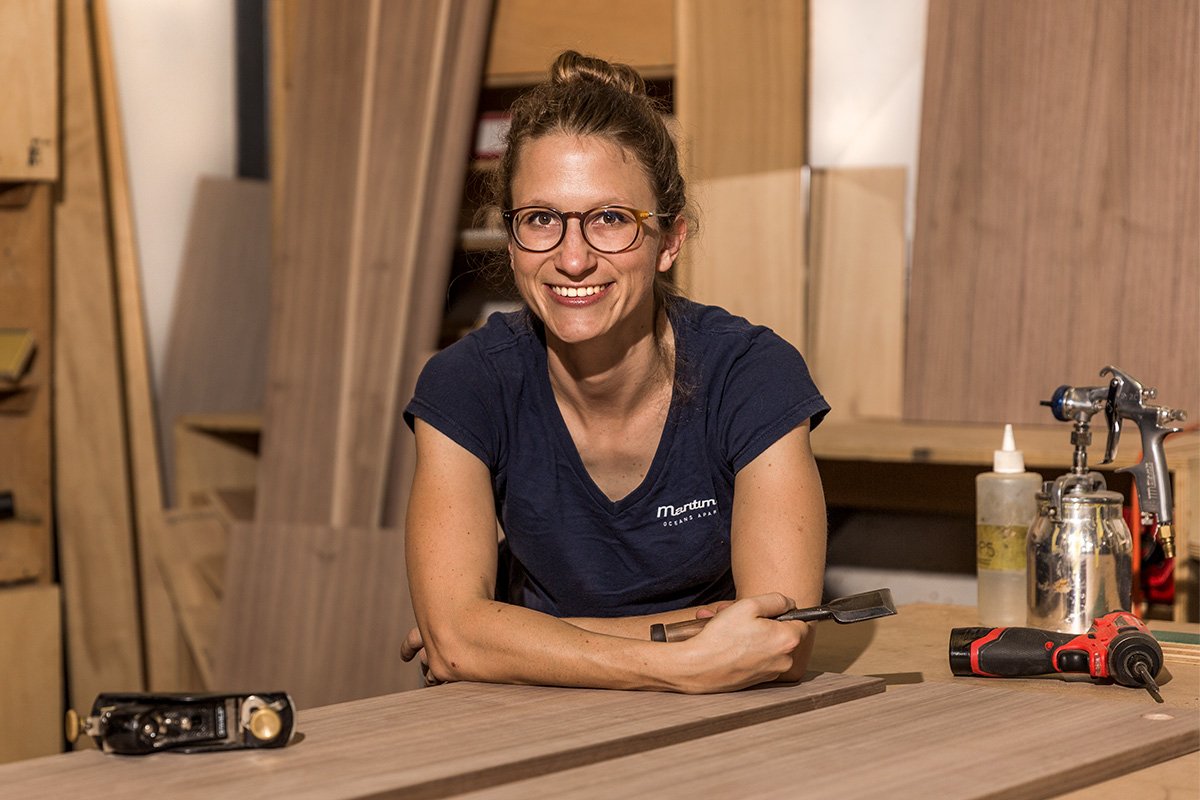 “We have an impressive line-up of apprentices at Maritimo and the win by Zoe is really a recognition not only of her skills and work ethos, but also that of all our young people”, said Candler. “They are the future of our industry, and I can honestly say we feel it could not be in better hands.”

Maritimo is currently looking to boost its apprenticeship numbers across all trades.

To find out more about working for Maritimo simply fill out this form.