In South Australia, more than 150 people have been fined for recreational fishing offences over the summer school holiday period as the State Government urges people to report rogue fishers.

In December and January 165 expiations were issued to rogue recreational fishers worth more than $83,000, with 114 of these specifically in relation to the taking of blue swimmer crabs.

Minister for Primary Industries and Regional Development David Basham said with warm days still on the horizon, this is a timely reminder that often the best intel we receive is from responsible fishers.

“The majority of fishers follow the rules to ensure the long-term sustainability of our fish stocks for future generations to enjoy,” Minister Basham said.

“It’s disappointing to have this many fishers caught doing the wrong thing over the school holiday period. This sort of blatant disregard by a minority of people, infuriates everyone and has the potential to risk the sustainability of our fisheries. 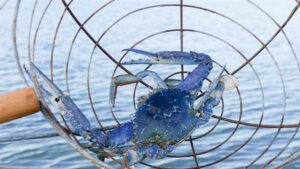 “More than two-thirds of the people caught doing the wrong thing were fishing for blue swimmer crabs and what really irks me is that most of those offenders caught with undersized crabs had a measuring device with them. Rogue fishers who are caught doing the wrong thing risk a significant hit to the hip pocket and these fishers have learnt the hard way with more than $83,000 in on-the-spot fines.

“The Marshall Liberal Government takes our seafood sustainability seriously which is why we have increased expiation penalties for fishing offences in response to years of pleas from the responsible fishers, both recreational and commercial.

“Some of these offences hadn’t increased at all for the entire 16 years under the former Labor Government. On the spot fines can now range from $217 to $717 depending on the nature of the offence.

“It’s disappointing to have this many fishers think they are above the law. These rogue fishers infuriate everyone. Remember that you can help us crack down on fishers doing the wrong thing.

“If you see anyone breaking the rules, please report it through the 24-hour FISHWATCH number on 1800 065 522, or via the SA Recreational Fishing App.”

Examples of offences over the holiday period: