Eleni Savva elected as the new President of BIA Victoria

The BIA of Victoria have announced that the Annual General Meeting was successfully conducted Tuesday 26 April via zoom. The following is their report on proceedings and outcome from that meeting.

A good turnout of members saw the approval of the association’s 2021 financial result, the election of the five Elected Board members, for the following 12-months, the adoption of the various reports, as well as another positive discussion with regard to the Stronger, Together proposal. 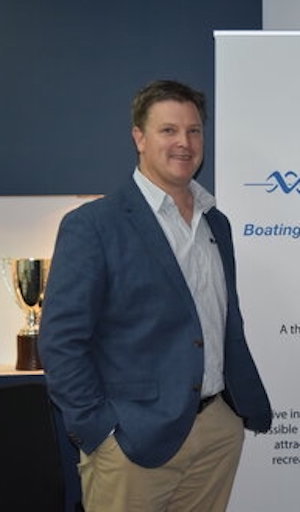 The AGM was also a farewell to David Meehan, who after three distinguished years as President, was vacating the role. Fellow Board members, the CEO Steve Walker, and several members in attendance gave David a glowing send-off, recognising his fantastic performance in the role, during arguably, the association’s toughest ever period. David indicated that he had greatly enjoyed the role and that he would be around and available to stay connected to the various important issues and projects being worked through.

David’s departure paved the way for Eleni Savva (Savwinch) to be elected to the Board in the Manufacturing division. Others to be elected were Michael Neumann from the Royal Yacht Club of Victoria, for the Marinas and Clubs division, and Peter Buckingham to represent Life Members. Re-elected Board Members were Franz Grasser (VR Fish) for Chandleries/Associations, and Scott O’Hare from Aussie Boat Sales in the Boat Dealers division. These five joined the continuing Daved Lambert and Neil James who are the two Appointed Directors.

David Meehan thanked Rohan Veal and John Temple, who were departing the Board after excellent contributions. Rohan during the past few years, including a year as vice-president, and John, after many years, including several stints as a Board member and one as CEO.

The Annual Report was received by the members who recognised the efforts of the Board and staff in another challenging year. The $222k deficit, whilst undesirable was noted as palatable given the absence of both budgeted boat show events, the savings made across all other areas, the success of the one-off member levy, the strong Balance Sheet position, and the very successful sale of 24 York St that will see BIAV return to surplus in 2022.

The AGM was another opportunity for members to consider and discuss the option of BIAV joining with BIA Ltd under the Stronger, Together proposal. The suite of documents previously shared with members, as well as the recent BIA Ltd presentation were discussed. There was an array of comments, suggestions, queries and even some concerns, as well as an emphasis that if the proposal is to proceed it must be done with the interests of BIAV members well protected. The recent member survey relating to the proposal, also highlighted its compelling outcome, suggesting that the discussion/process should continue.

David Meehan closed the meeting and signed off as President, thanking the Board, Staff, Committees and Members for a challenging but successful 2021. 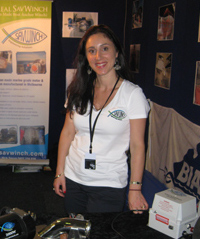 Two days later on 28 April the Board convened, and the five elected Board members elected Eleni Savva as the new BIAV President. Eleni is the co-founder and director of Savwinch, a previous BIAV Board member, a previous and/or current member of BIAV advocacy, membership and events committees, a prolific boat show attendee at state and national level, and a well-known industry identity. Further, Eleni is a board member of the Overnewton Anglican Community College, holds a Diploma of Business, a Master of Public Health and a Bachelor of Science. Eleni is married to her fellow Savwinch co-founder Nick Savva and they are busy with their three children.

Eleni commented “I’m really pleased to take on the role. I’m passionate about the industry and I look forward to working with my fellow Board members, with Steve, the BIAV team and with our membership to drive the industry forward”. Eleni added her recognition to David Meehan for his successful tenure as president.

Scott O’Hare was duly re-elected as vice-president rounding out the election process. Scott continues to bring his vast skills and experience to the role and to the Board, this time as the representative of the Boat Dealers division. As most industry members know Scott runs Aussie Boat Sales with his wife Dani, is heavily involved at The Anchorage Marina, is a fanatical boat show/event supporter, a sailor, houseboater, wake surfer, industry ideas man, and more.

Sydney International Boat Show is back on the calendar